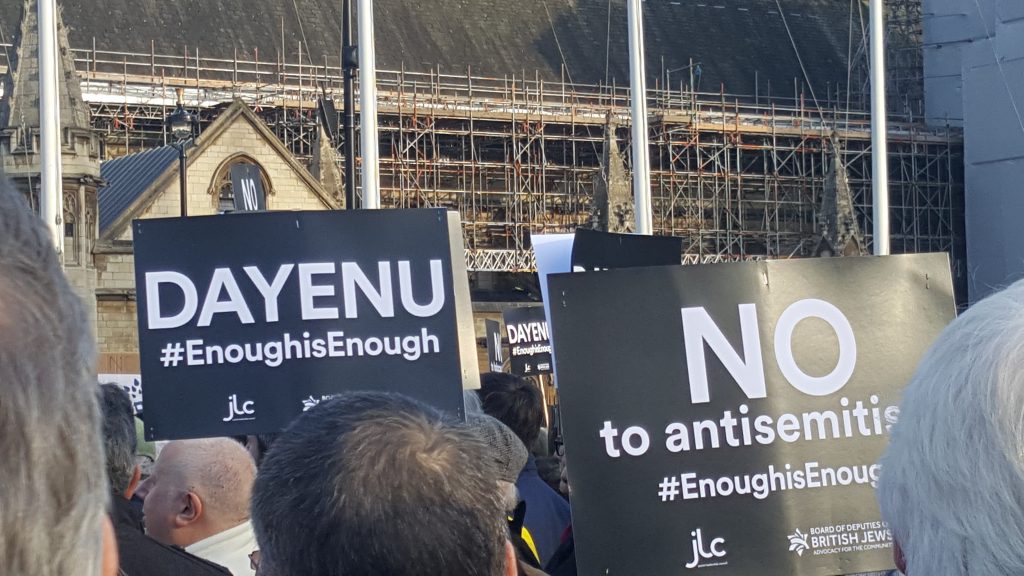 Three British Jewish newspapers said on Wednesday that there would be an “existential threat to Jewish life in this country” if the opposition Labour Party, led by Jeremy Corbyn, won power from the ruling Conservative Party.

The Jewish Chronicle, Jewish News and Jewish Telegraph said in a joint editorial titled “United We Stand” that the Labour Party had shown a tolerance of anti-Semitism since Corbyn was elected leader of the party in 2015.

It said their response was needed “because of the existential threat to Jewish life in this country that would be posed by a Jeremy Corbyn-led government.”

“The party that was, until recently, the natural home for our community has seen its values and integrity eroded by Corbynite contempt for Jews and Israel,” the editorial said.

A Labour spokesman said the party recognized the concerns raised by the Jewish community and acknowledged that there was a “huge amount of work to do” to build trust and confidence.

“The next Labour government poses no threat of any kind whatsoever to Jewish people,” the spokesman said.

“The security and well-being of Jewish people is a priority for our party and in government we will always ensure schools, synagogues and institutions are properly protected.”

Labour is benefiting from turmoil among Prime Minister Theresa May’s Conservatives over Brexit, and has taken the lead in some opinion polls.

While an election need not be held for another four years, the wrangling over Britain’s divorce from the European Union has raised the possibility of a vote much sooner as May struggles to keep her government together.

But Labour has been wrestling with accusations that it has been tolerant of anti-Semitism among some of its members, and in April leaders of Britain’s 270,000 Jews organized a protest accusing Corbyn of failing to address their concerns.

“With the government in Brexit disarray, there is a clear and present danger that a man with a default blindness to the Jewish community’s fears, a man who has a problem seeing that hateful rhetoric aimed at Israel can easily step into anti-Semitism, could be our next prime minister,” the newspapers wrote.

Corbyn has previously apologized for what he called “pockets” of anti-Semitism in the party and promised to stamp them out. He has responded to protests by meeting with Jewish community leaders and reassuring Jews they are welcome in the party.

The latest flash-point was the party’s decision to approve a new code of conduct which Jewish groups said watered-down internationally accepted definition of anti-Semitism. Labour said it had concerns about part of the definition but had re-opened discussions on the code to take into account Jewish community concerns.