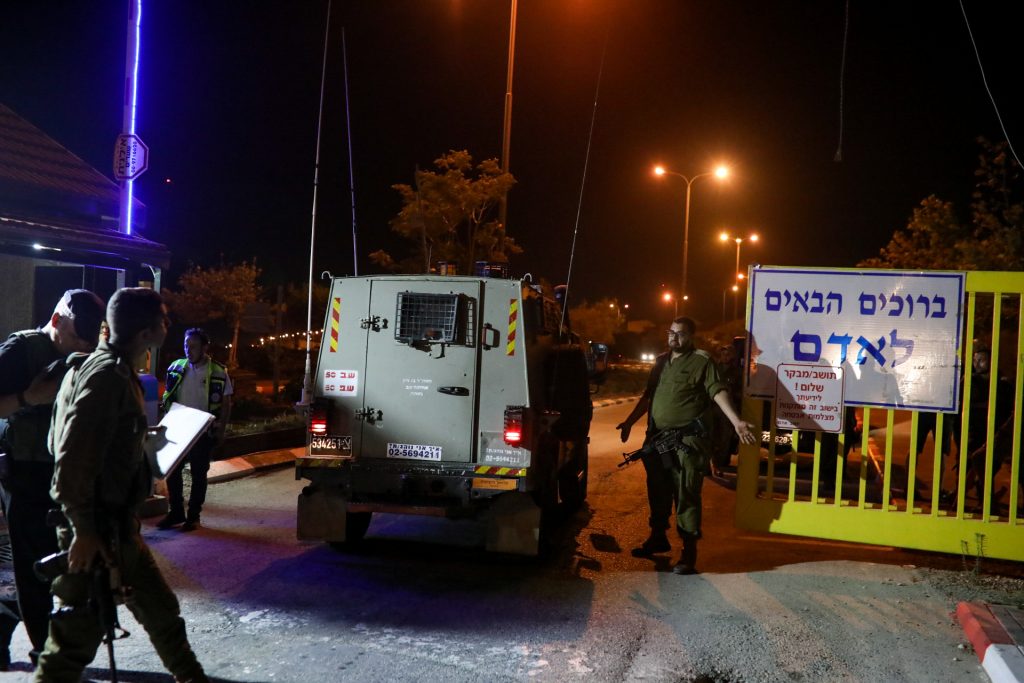 One person was killed and two were injured in a stabbing attack in the town of Adam (Geva Binyamin), in the Shomron, on Thursday night.

The 17-year old Palestinian terrorist, Muhmad Tarak Youseff, from the town of Kobar, infiltrated the community by climbing over the security fence, and then began stabbing people in the street. Youseff was shot dead by a third victim who was lightly wounded, according to a spokesman for the Binyamin Regional Council.

The victim was a 31-year-old man, who died from his wounds at Hadassah-Mount Scopus Medical center several hours after the attack. A 58-year old man was moderately injured.

MDA paramedic Orel Asulin said another victim was also taken to the hospital, suffering from shock.

Residents were instructed by authorities to lock their doors and shut windows until further notice, as IDF forces launched a search for possible other terrorists in the area,

Hamas praised the attack, calling it “a continuation of the Intifada.”

The deputy head of the Binyamin Council, Israel Ganz, called for Defense Minister Avigdor Liberman to put an end to terrorism from the surrounding Arab population.

“We demand that Minister Lieberman instruct the security forces to deal with the root of the terrorist infrastructure in the Arab population,” Ganz said. “This type of incident should not be tolerated.”