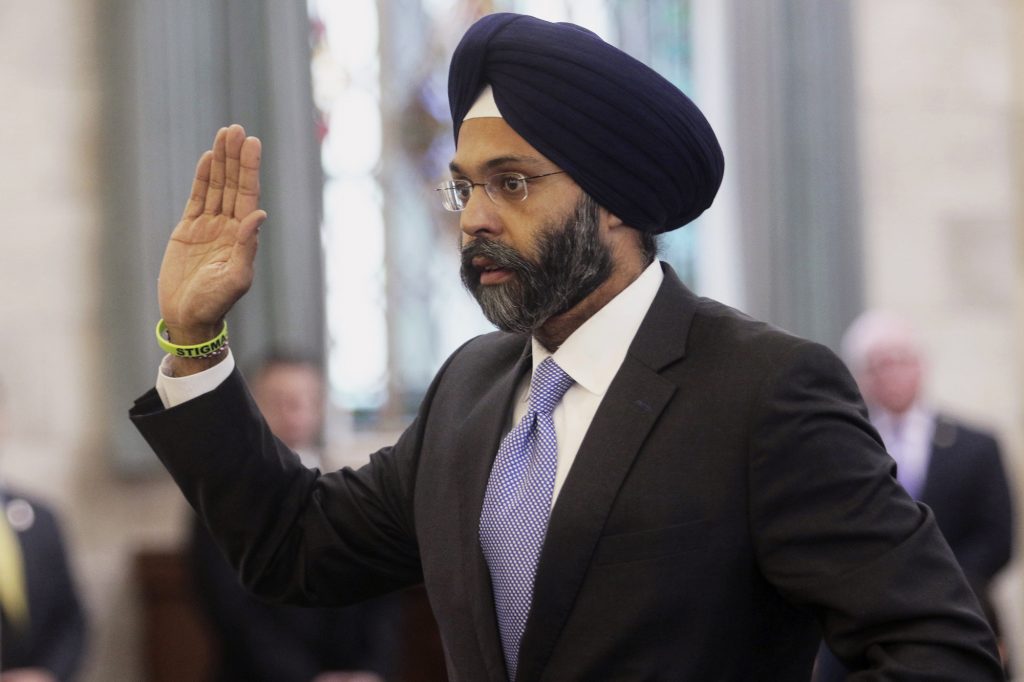 WKXW-FM hosts Dennis Malloy and Judi Franco made the comments Wednesday while discussing a Gurbir Grewal recent order. Malloy said he couldn’t remember Grewal’s name and he told Franco: “I’m just going to say the guy with the turban.”

The pair continued to call Grewal “Turban Man” throughout the segment. They said their words might be offensive, but Malloy said “if that offends you then don’t wear the turban and maybe I’ll remember your name.”

Grewal tweeted Thursday that it’s “not the first indignity I’ve faced and it probably won’t be the last.”

The station, known as New Jersey 101.5, tweeted Thursday that it had suspended the pair indefinitely and was investigating the matter.

Gov. Phil Murphy denounced the hosts’ statements, with the Democratic governor saying hate speech “does not belong on our airwaves.”

The son of Indian immigrants, Grewal, 45, practices the Sikh religion and, as such, wears the turban headdress common in that religion as well as among Muslims and Hindus.

Grewal addressed the radio duo’s comments on Twitter on Thursday morning, noting he has three daughters “and yesterday, I told them to turn off the radio.” In a follow-up tweet, he added: “It’s time to end the small-minded intolerance.”

The Sikh American Legal Defense and Education Fund called the suspensions an “appreciated first step” but called on the station to apologize.