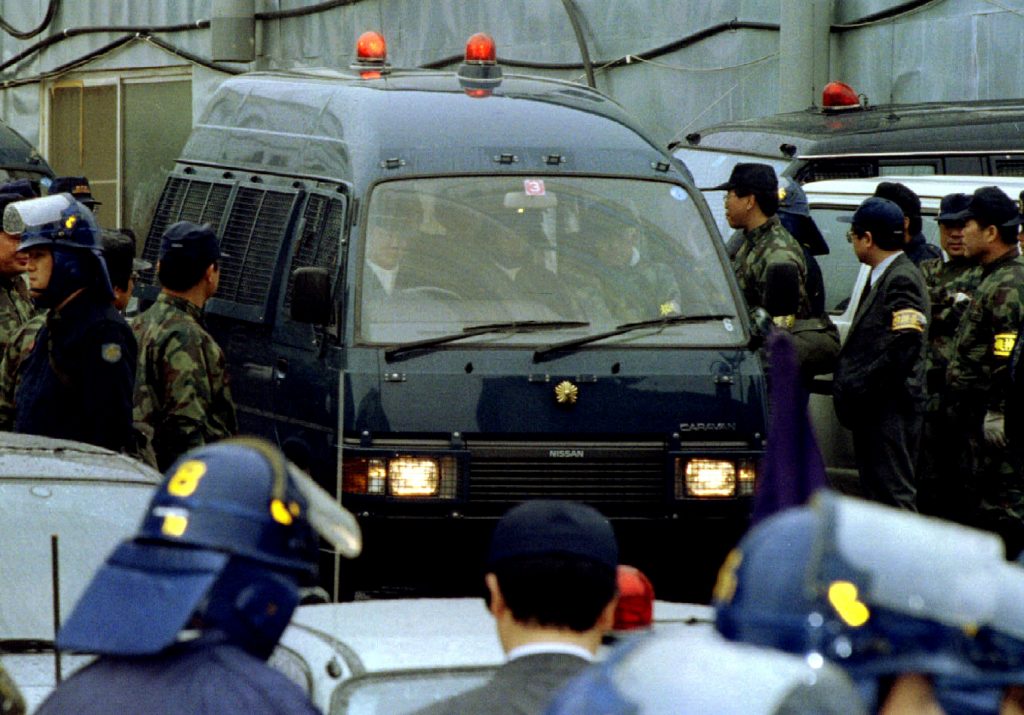 The last six members of a Japanese doomsday cult who remained on death row were executed Thursday for a series of crimes in the 1990s including a sarin gas attack on Tokyo subways that killed 13 people.

Thirteen members of the group had received death sentences. The first seven, including cult leader Shoko Asahara, were hanged about three weeks ago. Japan has never executed so many people in one month, Justice Minister Yoko Kamikawa said. She called their crimes unprecedentedly heinous and said they should never be repeated.

The cult, which envisioned overthrowing the government, amassed an arsenal of chemical, biological and conventional weapons in anticipation of an apocalyptic showdown. Named Aum Shinrikyo, or Supreme Truth, it was blamed for 27 deaths before authorities raided its compound near Mount Fuji in 1995 and captured Asahara nearly two months later.

The group’s most notorious crime was the March 20, 1995, subway attack that sickened 6,000 people and sowed panic during the morning commute. The attack woke up a relatively safe country to the risk of urban terrorism.

Cult members used umbrellas to puncture plastic bags, releasing sarin, a deadly nerve agent, inside subway cars just as the trains approached the Kasumigaseki station, Japan’s main government district. Commuters poured out of stations, and the streets were soon filled with troops in Hazmat suits and people being treated outside.

Kamikawa said it was a terrorist attack that terrified people even outside Japan.

Four of the six executed Thursday released sarin on the subway. The two others were convicted in other crimes, including the 1989 murders of an anti-Aum lawyer and his wife and one-year-old baby and a 1994 sarin attack in the city of Matsumoto in central Japan, which killed seven people and injured more than 140. An eighth victim in Matsumoto died after being in a coma for a decade.

The executions were announced only after they had happened, as is the practice in Japan.