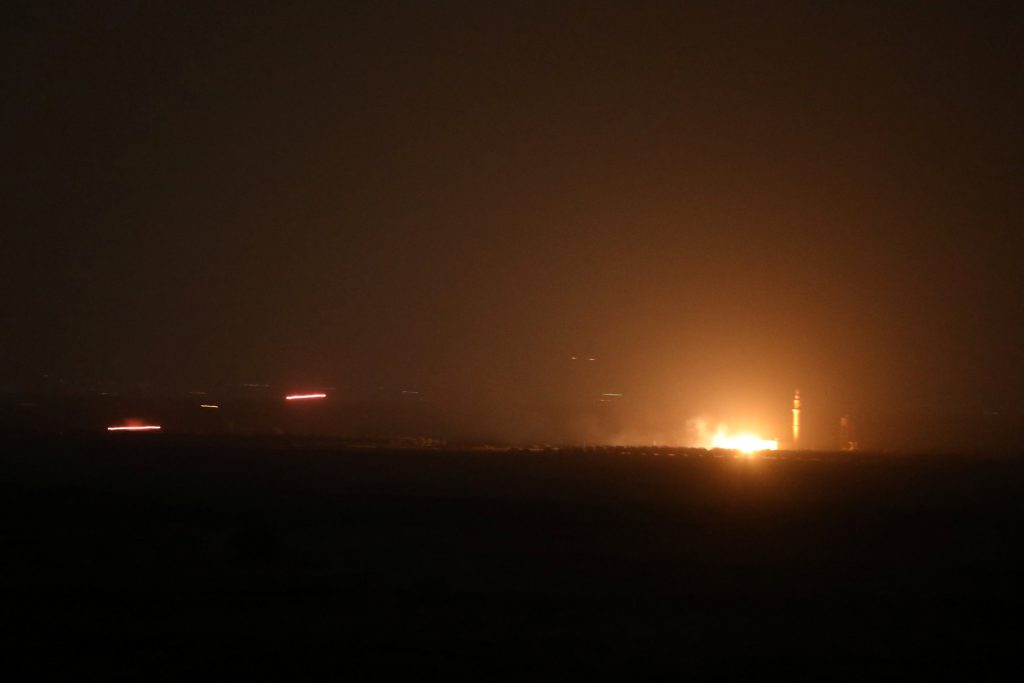 The IDF said that it bombarded a rocket launcher in Syria in response to two missiles that fell into the Kinneret.

The army said in a statement late on Wednesday that the area surrounding the rocket launcher was targeted by Israeli artillery.

The rockets appeared to be errant fire from clashes between Syrian government forces and rebel groups near the frontier with Israel.

In a statement, the IDF said that it would continue “to act against all those who attempt to harm our sovereignty, and threaten the security of its residents.”

Earlier, Israeli security officials had assumed that the rockets were fired accidentally at Israel, veering off course as the Syrian army continues to battle rebel groups in southern Syria, but media sources have now reported otherwise.

Earlier this week the IDF shot down a Syrian fighter jet that it said had breached Israeli airspace. Israel also activated its aerial defense system on Monday in response to missiles fired from Syria.