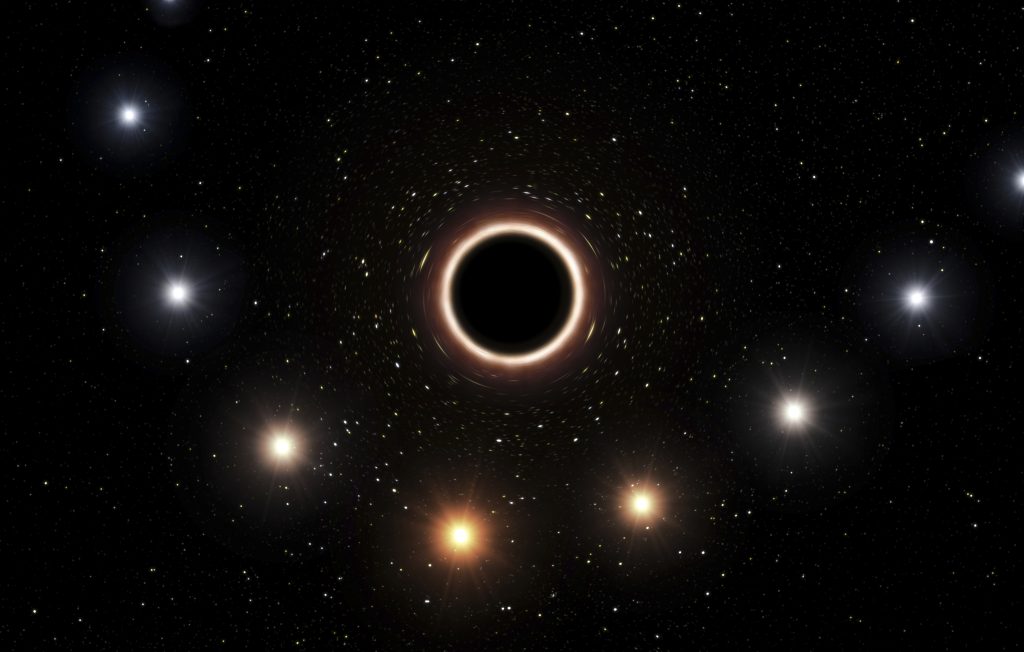 More than a century after Albert Einstein proposed it, his theory of general relativity has passed another test.

With giant telescopes pointed at the center of our galaxy, a team of European researchers observed a fast-moving star that got close to a monstrous black hole. They saw that the black hole distorted the light waves from the star in a way that agrees with Einstein’s theory.

The result was reported Thursday in the journal Astronomy & Astrophysics.

Einstein’s theory says the fabric of the universe is not simply space, but a more complex entity called space-time, which is warped by the presence of heavy objects.

Black holes offer a good opportunity to test that idea. The one that lies at the heart of the Milky Way is 4 million times as massive as our sun.

“I, just like every physicist in the world, would have loved to finally see a crack in Einstein’s relativity,” said Ohio State University astrophysicist Paul Sutter. “But he’s outsmarted us.”

But confirming Einstein’s work — again, “feels like we’re kind of beating a dead horse,” said Sutter, who wasn’t part of the research team led by Reinhard Genzel of the Max Planck Institute for Extraterrestrial Physics in Garching, Germany.

Scientists know that the theory still doesn’t explain everything about the universe. So they keep testing it time and again. So far, nobody has been able to overthrow it.

Although the effects of general relativity have been seen before, this was the first detection made by observing the motion of a star near a supermassive black hole.

“To me, that’s what makes this so cool,” said Clifford Will, a University of Florida physicist who did not participate in the research.

Will hopes his colleagues will be able to discover stars even closer to the black hole, where the effects of relativity would be stronger.

This finding “is really the opening episode,” he said. “The future, I think, is going to be very exciting.”