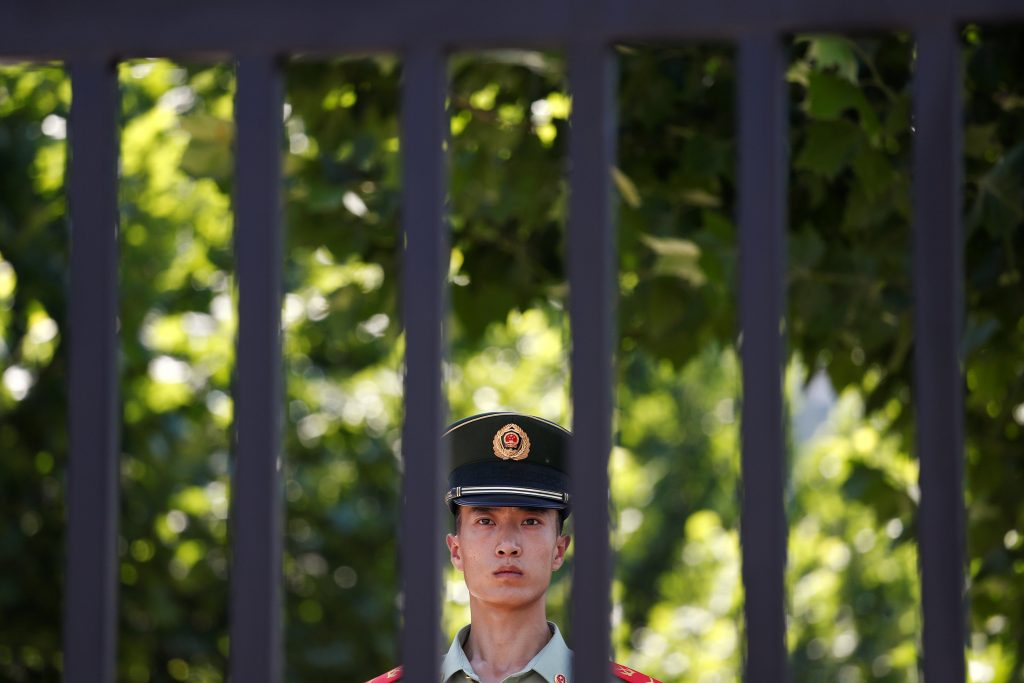 A bomb exploded outside the U.S. Embassy in Beijing on Thursday, wounding the lone terrorist, the embassy said in a statement, but police described the weapon merely as a “firework device.”

The explosion happened on the street outside the southeast corner of the embassy compound, the embassy said. Beijing police said the suspect, a 26-year-old man from China’s Inner Mongolia region, had injured his hand and been taken to the hospital.

Police did not provide a motive.

China and the United States have been involved in an escalating trade dispute initiated by Washington after the two sides imposed tariffs on $34 billion worth of each other’s goods, with President Donald Trump threatening ultimately to impose punitive tariffs on all Chinese imports.

While Chinese officials and state media have been outspoken in their criticism of Washington’s trade moves, there has not been a groundswell of outrage on China’s heavily censored social media, and no reported boycotts of U.S. goods.

The embassy resumed normal operations at about 1:45 p.m. There was no damage to U.S. Embassy property, the embassy said.

Security in the Chinese capital is tight and protests are often quickly disbanded. Violent crime rates are low in China, according to official statistics.

Staff members at the Indian and South Korean Embassies said they were unaware of any unusual incidents and were working as normal.