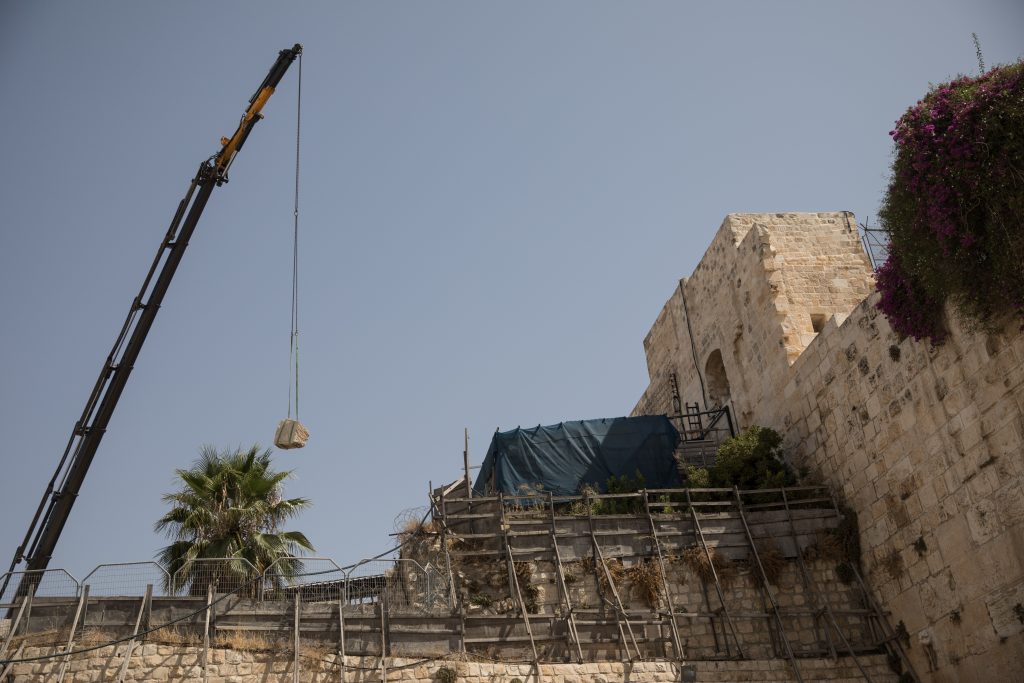 A special crane was used on Wednesday morning to remove the huge stone that fell from the Kosel on Monday.

The stone, said to weigh 400 kilogram, was removed by the Israel Antiquities Authority to the Mughrabi Gate area.

The stone was transferred by the Antiquities Authority to the care of the Western Wall Heritage Foundation.

The foundation will be responsible for examining and preserving the stone until a decision is made regarding its future.

Rabbi Shmuel Rabinowitz, Rabbi of the Kosel, is to hold halachic discussions on the matter with the Chief Rabbis, Harav Yitzchak Yosef and Harav David Lau, as well as with Harav Avigdor Nevenzhal, Rav of the Old City, after hearing possible options from engineers of the Antiquities Authority.

After the stone fell, the area was closed until the Antiquities Authority has concluded a survey of the other stones near the one that fell.