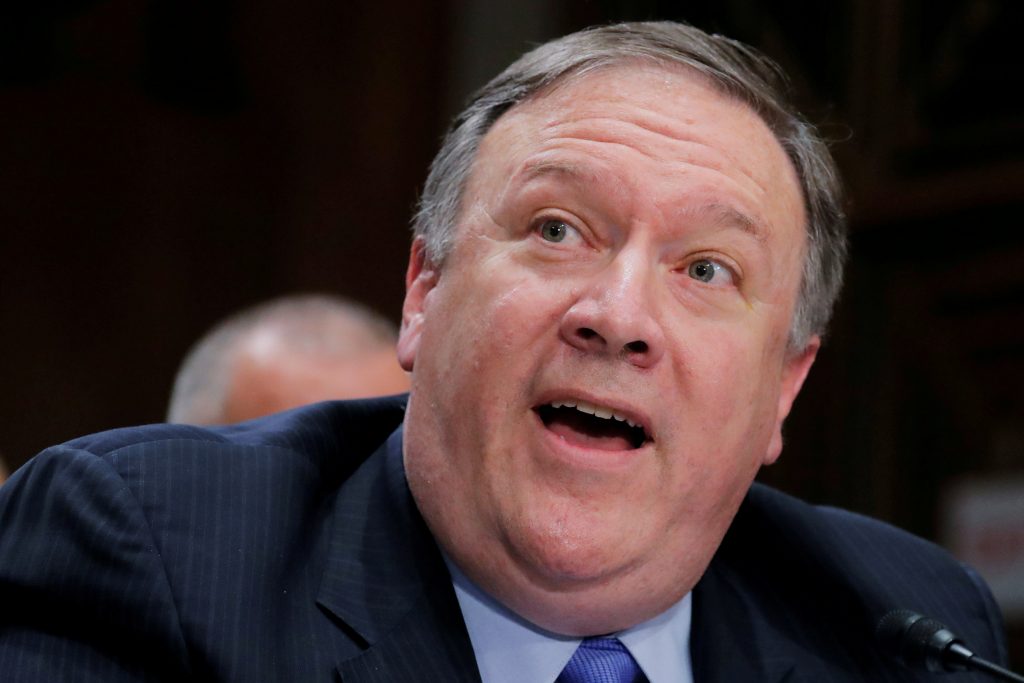 North Korea is continuing to produce fissile material for nuclear bombs in spite of its pledge to denuclearize, U.S. Secretary of State Mike Pompeo said on Wednesday.

Asked at a Senate Foreign Relations Committee hearing whether this was the case, Pompeo responded to Democratic Senator Ed Markey by saying: “Yes, that’s correct … Yes, they continue to produce fissile material.”

Pompeo declined to respond when asked whether North Korea was continuing to pursue submarine-launched ballistic missiles or whether its nuclear program was advancing generally.

He said he would be happy to answer the latter question if necessary in a classified setting but suggested public statements on the issue would not help “a complex negotiation with a difficult adversary.”

He said the United States was engaged in “patient diplomacy” to persuade North Korea to give up its nuclear weapons, but would not let the process “drag out to no end.”

Briefing on his July 5-7 visit to North Korea, Pompeo said he had emphasized this position in “productive” discussions with his North Korean interlocutor, Kim Yong Chol.

He said Trump remained upbeat about the prospects for North Korean denuclearization, but Kim needed to follow through on his summit commitments.

Pompeo conceded that there was an “awful long way to go” but in answer to a question, said the U.S. goal was for North Korea’s complete, verifiable, irreversible denuclearization by the end of Trump’s current term in office, which runs until January 2021, “more quickly if possible.”