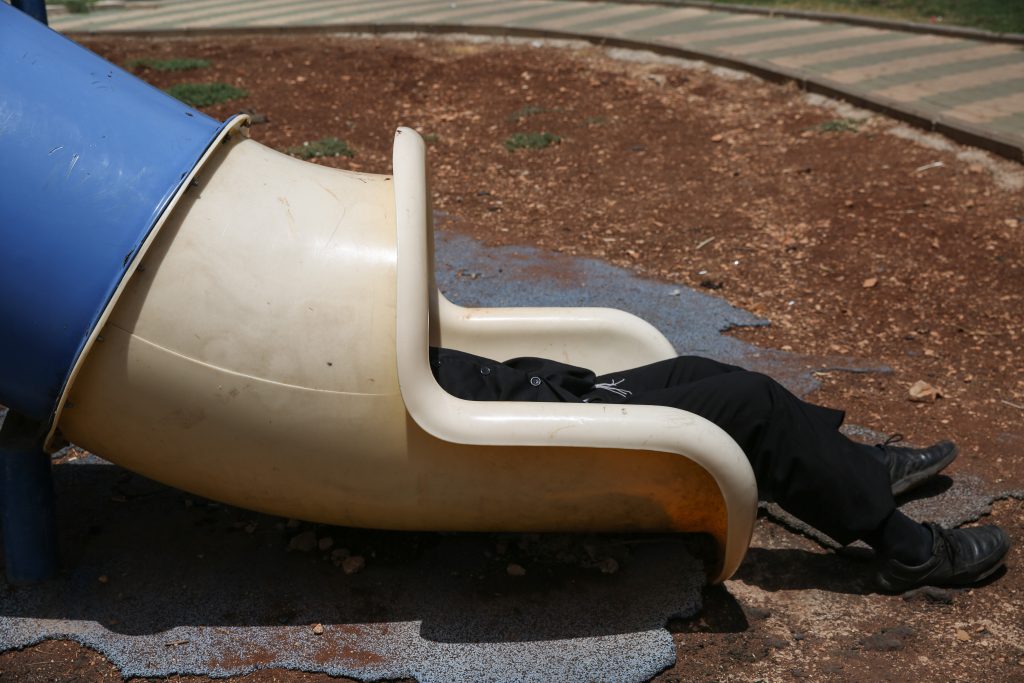 Israeli firefighting crews and planes were called out to battle a number of fires on Wednesday, though this time the cause was a record-breaking heat wave, not incendiary balloons from Gaza.

Fires were reported in the Horshim Forest in central Israel and the Ahihud Forest in the north, and the Churchill Forest near Nazareth Illit.

Seven firefighting crews and four planes were also sent out to combat a large blaze near Kibbutz Re’im east of the Gaza border, one of 10 fires that broke out in that region since the morning, according to The Times of Israel. Only one of those appeared to have been the result of arson terror.

At Karmei Tzur, a fire ignited due to a number of Molotov cocktails that were thrown at the community’s security fence.

To match the searing temperatures — 43°C (109°F) in Eilat, for example — electricity consumption broke all records, with 12,921 megawatts at 2:50 p.m., 16 megawatts higher than the previous record set in September 2015, according to the Israel Electric Corporation.

The heat wave is expected to break on Thursday, as temperatures return to seasonal averages.

That will mean relief funds for farmers whose crops are damaged by a shortage of water in the extreme heat and aridity. According to a Finance Ministry statement, these include wheat, barley, oats and chickpeas.