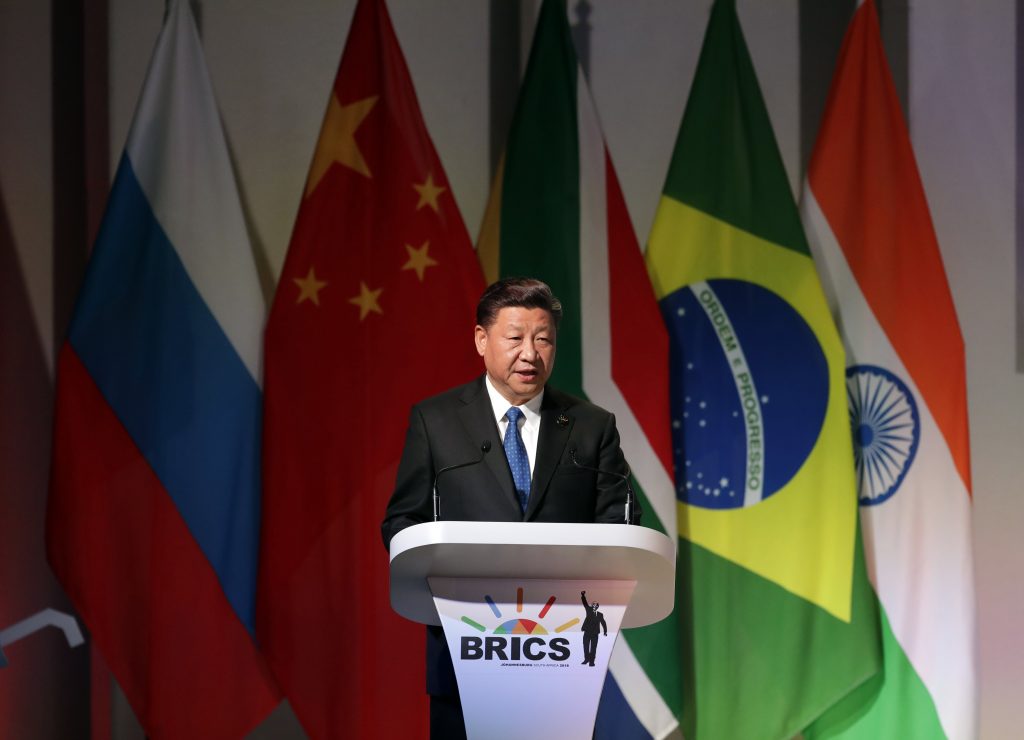 Chinese President Xi Jinping said Wednesday that the world faces “a choice between cooperation and confrontation” amid a trade war with the United States that he warned would have no winner.

Those who pursue “economic hegemony” will “only end up hurting themselves,” Xi said at the annual summit of the BRICS emerging economies, held this year in Johannesburg.

“Unilateralism and protectionism are mounting, dealing a severe blow to multilateralism and the multilateral trading regime,” he added in remarks critical of escalating U.S. tariffs on goods from China, the world’s second-largest economy, and other major trading partners.

U.S. President Donald Trump earlier on Wednesday accused China of “vicious” tactics on trade, tweeting that China was specifically targeting U.S. farmers with retaliatory tariffs because “they know I love & respect” them.

Ramaphosa also expressed concern about “the rise in unilateral measures that are incompatible with World Trade Organization rules” and are especially damaging to developing countries.

Trump’s comments on China came after his administration announced a plan to provide $12 billion in emergency relief for farmers who have been slammed by the president’s trade disputes. China has retaliated to American tariffs with duties on some U.S. products.

The Chinese leader told the summit that “we are facing a choice between cooperation and confrontation, between opening up and a closed-door policy.”

“The current international order is not perfect,” Xi said, but it should not be discarded “as long as it is rule-based, aims to be equitable and pursues win-win outcomes as its goals.”