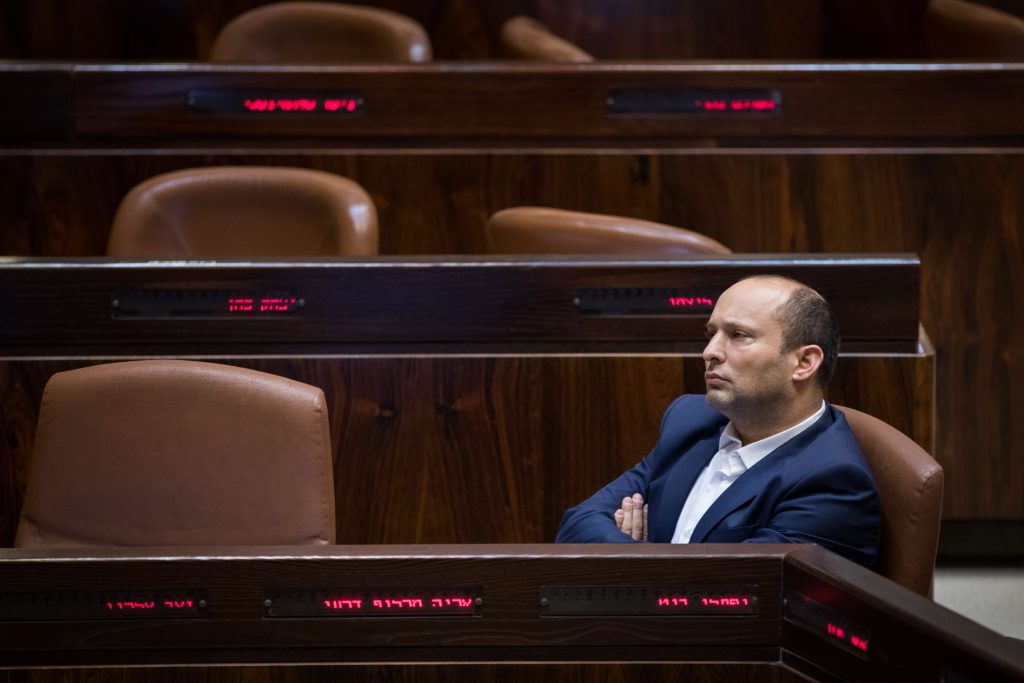 Education Minister Naftali Bennett, who helped draft the controversial Nationality Law, expressed second thoughts about it on Wednesday after discussions with Druze leaders, who have denounced it as a slap in the face after decades of loyalty to the state.

“It has become clear that the manner in which the law was enacted was very damaging, especially to them and to anyone who has tied his fate to the Jewish state,” Bennett said.

“This, of course, was not the intention of the Israeli government. These are our brothers who stand shoulder to shoulder with us on the battlefield and made a covenant with us — a covenant of life. We, the Government of Israel, have a responsibility to find a way to heal the rift.”

Apparently, Ayal Assad, a Druze activist in Bennett’s Jewish Home party, played an instrumental role in persuading him to reconsider the law. Assad is an important vote-getter for the party, responsible for drumming up thousands of votes for Jewish Home in the Druze towns.

“This bill should have united sectors in Israel but instead it caused fights and made a big mess,” said Assad. “I think Israel needs a Jewish nation-state law, but not one that gives me a lower status.”

Sources in Jewish Home were quoted by The Jerusalem Post on Wednesday saying that Bennett will probably seek an amendment to the law to protect the rights of the Druze.

Israeli Prime Minister Binyamin Netanyahu has also been hearing from Druze leaders, and reportedly met with Sheikh Muwaffak Tarif, the leader of the Druze community in Israel.

Earlier, on Sunday, Communications Minister Ayoub Kara, the only Druze minister in the government, disclosed that he had been warned by state security services of death threats made against him by someone in the Druze population because of his support for the law.

Kara said he refused to be intimidated. “I am not going to be pushed around by the incitement and threats against myself and my family,” he said. “I will continue to represent members of the Druze community as in the past. The Nation-State Law does not turn us into second-class citizens, as some claim — just the opposite, it completes legislation from the past ensuring equal rights and standing for all Israelis.”