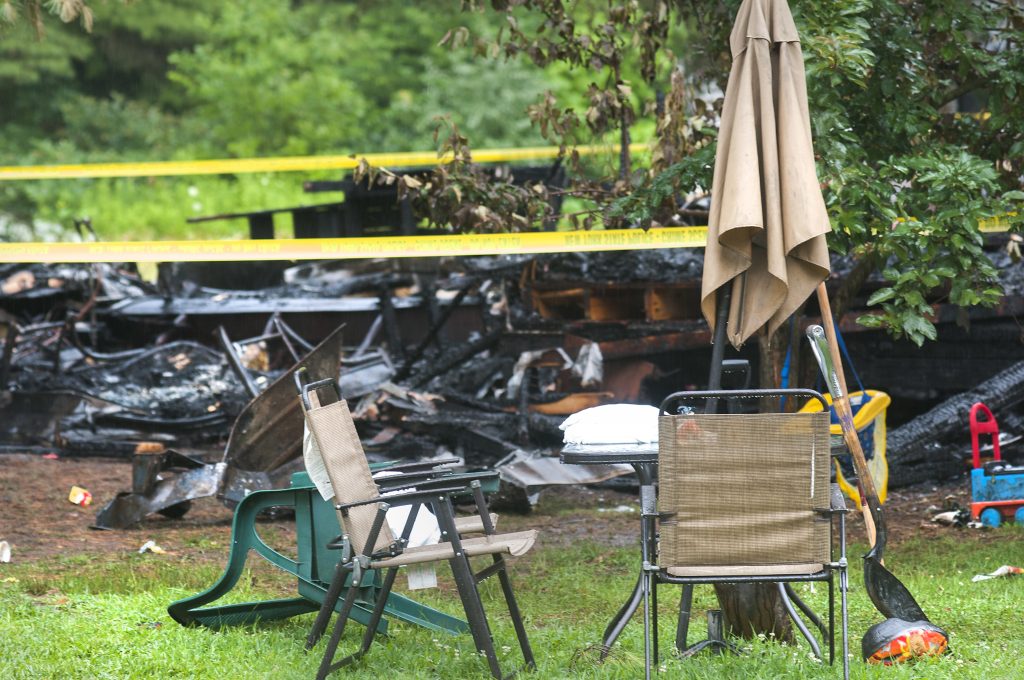 The cause of the blaze is being investigated. Fire officials told the Rome Sentinel that there’s no indication the fire was intentionally set.

Officials said smoke detectors in the mobile home woke the parents, who managed to escape out a back door with the infant. Patrick and Gabrielle Croad tried to go back in through the front door to reach their three other children, but the fire was too intense, officials said.

When fire crews arrived the home was fully engulfed in flames. “The fire was of such magnitude that it was impossible to enter the trailer,” said deputy Fire Chief Thomas Iacovissi.

Firefighters doused the flames in 15 minutes. The bodies of the three children were found in their bedrooms.