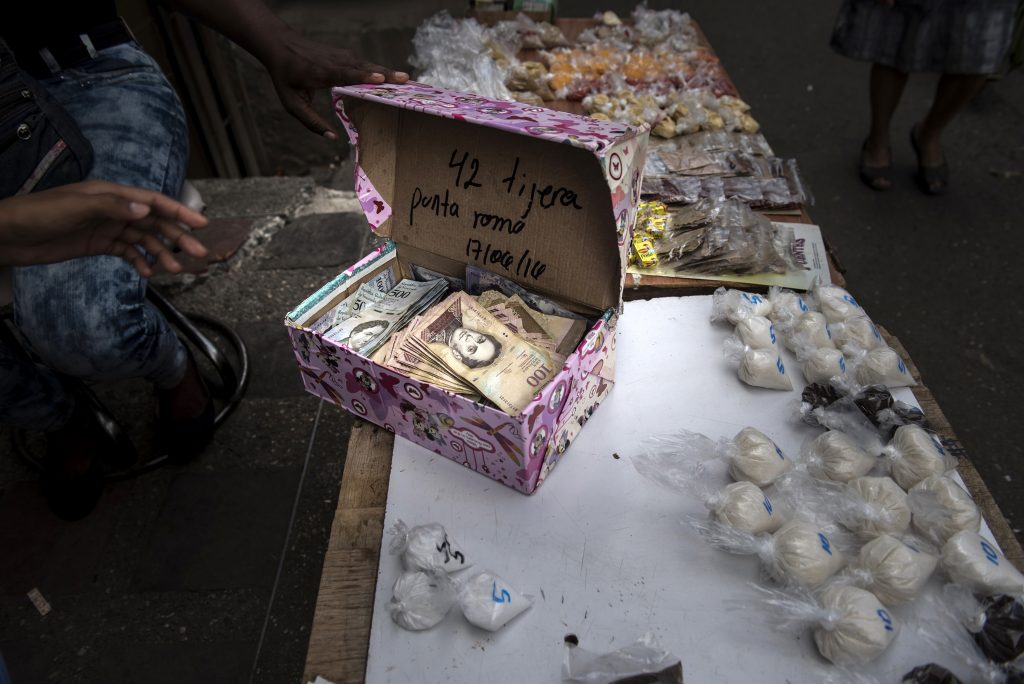 When the International Monetary Fund predicted earlier this year that hyperinflation in Venezuela could top 13,000 percent, it seemed as if the South American country’s economic outlook could not get any worse.

With the situation in the country deteriorating faster than expected, the IMF has unveiled a new and far more severe prognosis, saying that Venezuela’s hyperinflation is poised to shoot for the stars by year’s end, reaching an annualized rate of 1 million percent.

That inflation rate is set to catapult socialist Venezuela further up the list of a rogue’s gallery of nations that have suffered the worst inflation rates in history.

Venezuela’s “is one of the most severe hyperinflation situations that we’ve known about since the beginning of the 20th century,” said Robert Rennhack, deputy director of the IMF’s Western Hemisphere Department.

According to a study by Steve Hanke, a professor of applied economics at Johns Hopkins University, Venezuela’s inflationary spiral as of May ranked as the 23th highest recorded. But it’s quickly rising. The worst case on file remains Hungary after World War II, when inflation ran so rampant that prices doubled every 15 hours. More recently, Zimbabwe in the late 2000s and the former Yugoslavia in the mid-1990s saw peaks requiring calculators to sort out snowballing rates.

Venezuela’s inflation is soaring as the economy has been broken by extreme corruption, failed socialist policies and a collapsing oil industry where a lack of spare parts and expertise has seen output fall to levels not seen since the 1950s. In addition, President Nicolás Maduro – the anointed successor of Hugo Chávez, who died in 2013 – has sought to cling to power by destabilizing institutions, rigging the courts and, his critics say, stealing elections.

Bills of the near-worthless local currency, the bolivar, are incredibly scarce – with the government having a hard time even paying for the paper needed to print them. Instead, the government is simply creating reams of electronic money paid into bank accounts, meaning that even small transactions are increasingly being done by bank cards and money transfers rather than in cash.

Maduro has thrown a few attempted fixes at the proverbial wall to see what might stick. He even created a cybercurrency, the Petro, which is theoretically backed by oil supplies. But nothing has worked, in part because hyperinflationary spirals are notoriously hard to stop once they start.

The most extreme solutions in the past have included abandoning local currencies altogether and adopting, for instance, the U.S. dollar. Yet such a move may be considered anathema in Venezuela, where Maduro has decried the United States as “the empire” out to destroy his nation.