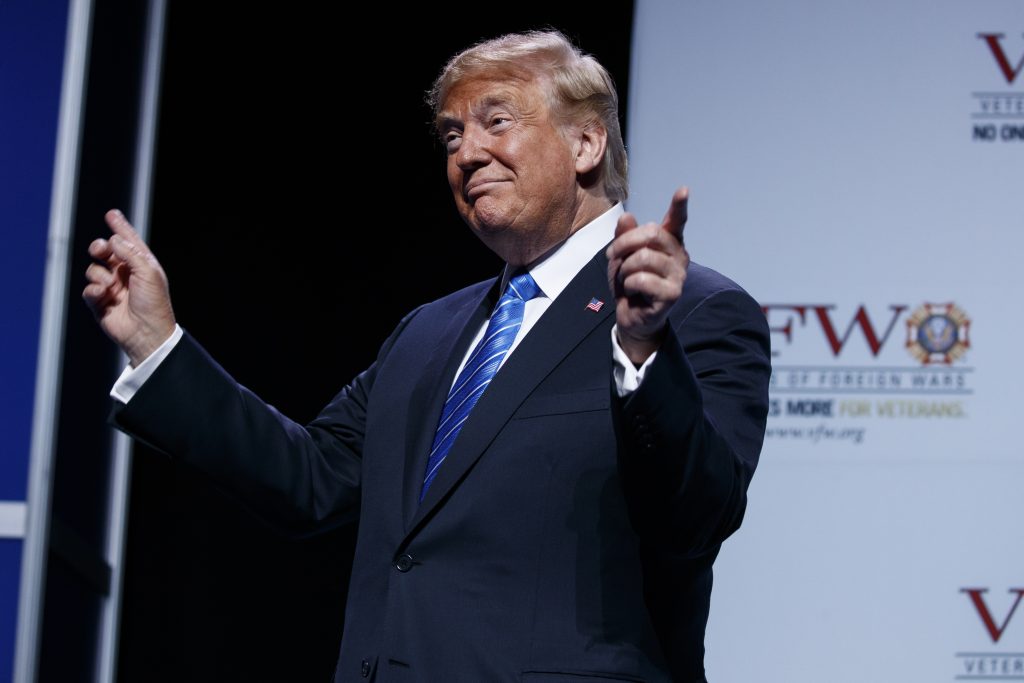 The government announced a $12 billion plan Tuesday to assist farmers who have been hurt by President Donald Trump’s trade disputes with China and other trading partners.

The plan focuses on Midwest soybean producers and others targeted by retaliatory measures.

The Agriculture Department said the proposal would include direct assistance for farmers, purchases of excess crops and trade promotion activities aimed at building new export markets. Officials said the plan would not require congressional approval and would come through the Commodity Credit Corporation, a wing of the department that addresses agricultural prices.

“This is a short-term solution that will give President Trump and his administration the time to work on long-term trade deals,” said Agriculture Secretary Sonny Perdue. Officials said the direct payments could help producers of soybeans, which have been hit hard by the Trump tariffs, along with sorghum, corn, wheat, cotton, dairy.

In Kansas City, meanwhile, Trump told a veterans’ convention that he was trying to renegotiate trade agreements that he said have hurt American workers, and he asked for patience ahead of key talks.

“We’re making tremendous progress. They’re all coming. They don’t want to have those tariffs put on them,” Trump told the Veterans of Foreign Wars national convention.

Trump declared earlier Tuesday that “Tariffs are the greatest!” and threatened to impose additional penalties on U.S. trading partners as he prepared for negotiations with European officials at the White House.

Tariffs are taxes on imports. They are meant to protect domestic businesses and put foreign competitors at a disadvantage. But the taxes also exact a toll on U.S. businesses and consumers, which pay more for imported products.

The Trump administration has slapped tariffs on $34 billion in Chinese goods in a dispute over Beijing’s high-tech industrial policies. China has retaliated with duties on soybeans and some meats, affecting Midwest farmers in a region of the country that supported the president in his 2016 campaign.

Trump has threatened to place penalty taxes on up to $500 billion in products imported from China, a move that would dramatically ratchet up the stakes in the trade dispute involving the globe’s biggest economies.