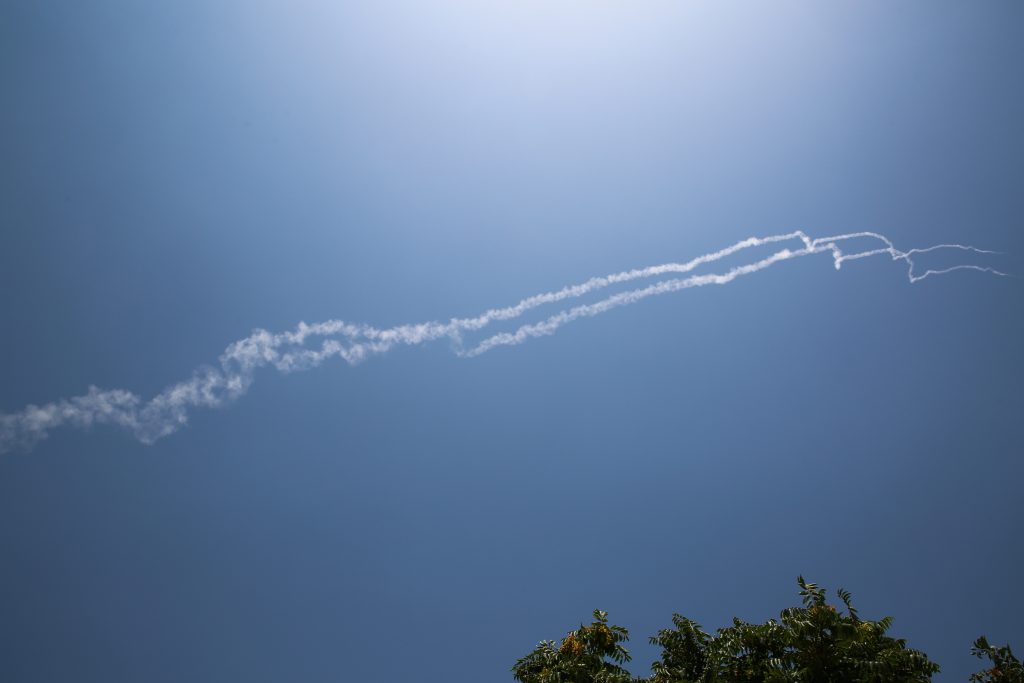 Israel shot down a Syrian fighter jet it said had breached its airspace on Tuesday while advancing Syrian government forces retaking territory from rebels reached the Golan Heights frontier for the first time in seven years.

The IDF said it monitored the advance of the Syrian Sukhoi fighter jet and shot it down with a pair of Patriot missiles after it penetrated Israeli airspace by about 2 kilometers (1.2 miles).

Syria’s military, however, said one of its jets was targeted by Israel over Syrian territory as it flew sorties against Islamic State terrorists.

Syrian forces have been battling rebels and IS terrorists at the frontier with Israel for weeks in a campaign to restore President Bashar Assad’s rule over southwestern Syria.

On Tuesday, government forces reached the border fence where a U.N. peacekeeping force is deployed at the edge of the Israeli Golan Heights. It was the first time the Syrian government had managed to retake the area since 2011, when an uprising swept through Syria against Assad.

The IDF has been on “elevated alert” along the frontier because of activity on the Syrian side of the fence, said IDF spokesman Lt. Col. Jonathan Conricus. Israel has warned Syria through various channels not to violate the 1974 agreement that established the demilitarized zone, he added.

Minutes before the reported downing of the jet, Syria’s state-run Al-Ikhbariya was broadcasting footage from the fence demarcating the U.N. buffer zone between Syrian and Israeli forces in the Golan Heights. A U.N. observer post could be seen just on the other side of the fence.

The IDF said the Syrian jet took off from the T4 air base, which Israel is believed to have attacked earlier this year.

The plane flew toward Israel at “relatively high speed” before breaching the country’s airspace, said Conricus. He said it was unknown if the plane deliberately crossed into Israel.

The plane crashed in the southern part of the Syrian Golan Heights, he said. Israel had no reports on the condition of the pilot.

The Syrian Observatory for Human Rights monitoring group said one pilot was killed and that the condition of the other was unknown.

Syrian rebels surrendered their last pockets in the southwestern Quneitra and Daraa Provinces last week, leading thousands of opposition fighters, their families and other civilians to evacuate to the rebel-held province of Idlib in northern Syria.

According to the Observatory, some 9,500 people have been bused from southwest Syria to Idlib. It is unlikely they will be able to return to their homes in the near term. The U.N. has condemned such arrangements as forced displacement, a war crime.

Over the weekend, rescuers from the Syrian Civil Defense — also known as White Helmets — and their family members were evacuated through Israel to Jordan, after they were promised asylum in Canada and European nations.

The White Helmets have been a target of the Syrian government, which accuses them of staging poison gas attacks and participating in terrorism, claims which have not been proven.

Government forces are now concentrating their fire on one remaining enclave not yet in their hands — a sliver of land along the Golan Heights frontier that is held by the terrorists linked to the Islamic State group.