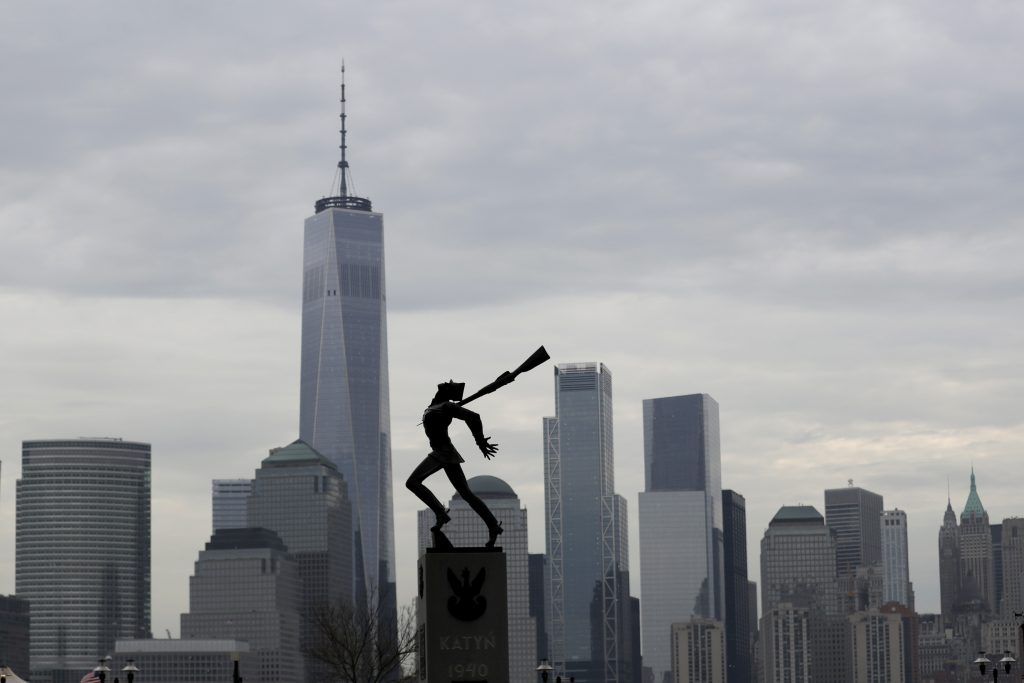 Jersey City city clerk Robert Byrne tells the Jersey Journal he has validated 3,833 of the 9,471 signatures submitted on July 3. Byrne says about 60 percent were either not registered to vote in Jersey City or were not found in the state’s voter database.

The Katyn Memorial, depicting a soldier bound and stabbed with a bayonet, that honors the estimated 22,000 Poles massacred by Soviet troops in 1940, has stood at Exchange Place in downtown Jersey City, New Jersey, for three decades.

Jersey City Mayor Steven Fulop wants to move the statue because of a planned redevelopment of the waterfront plaza.

Petitioners have until Aug. 2 to amend the signatures.