Of Words and Priorities 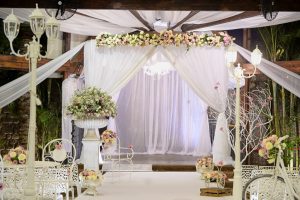 Mrs. Goldy Herman was in the middle of washing the supper dishes when her cell phone rang.

“I received your number from my niece, whose best friend lives on your block. Do you still teach 11th-grade mathematics at Bais Genendel?” the caller wanted to know.

“Yes,” was the cautious but not unfriendly answer.

“I want to ask you information about a student you had last year, Gitty Stein. Specifically, I want to know about her scholastic achievements.”

“Is this in regard to a job opening or a shidduch?” Mrs. Herman wanted to know.

“A shidduch, of course. My son is very smart and I want to make sure this girl is up to par.”

“Gitty is a wonderful girl,” Mrs. Herman enthused. “She was a pleasure to have in class.”

“I heard all about her middos,” the caller interjected. “What I am worried about is how well she did in class. What were her marks like?”

“As per my longstanding policy, I never disclose the marks of any student, regardless of her abilities,” Mrs. Herman responded, trying to hide her impatience. “However, as I told you a moment ago, she is a girl with lots of common sense, and would be a wonderful wife and mother.”

When she finally was able to bring the conversation to a close, Mrs. Herman had a particular sense of satisfaction over her careful choice of words.

Shlomo Turner was about to leave for his lunch break when his phone rang. It was an old acquaintance to whom he hadn’t spoken in many years. After exchanging pleasantries, he got to the point:

“A bachur, Mordechai Horowitz, was redt to my daughter. I understand that he is your neighbor.”

“That’s right. We live in the same house,” Shlomo said. “His father is our landlord.”

“I have been living out of town for many years and am struggling to find reliable sources of information. They are ready to go ahead, and I am really relying on your information.”

Shlomo gulped. His first instinct was to simply sing the bachur’s praises. If it somehow gets back to Mr. Horowitz that I gave anything less than stellar information, he will be fuming. What do I need a war with my own landlord for?

But then he immediately reconsidered. He had seen Mordechai raise his voice on too many occasions, and had no doubt that this bachur had anger issues as well as other troubling middos.

If this were my daughter, I would want honest information.

“Things are pretty hectic in the office right now. Can I call you back in a little while?” Shlomo finally responded.

Ten minutes later, after receiving a clear psak from his Rav about what he was required to say and how it should be worded, Shlomo called back — and saved a bas Yisrael from entering a hornet’s nest.

“I checked into it,” Shani told her husband Noach as soon as he walked through the door after Maariv. “It isn’t for us.”

“Why not? I thought you heard such nice things about the girl,” Noach pointed out.

“I did, but the family isn’t for us. Do you know what her father does for a living?”

“He works for the Mafia?” Noach quipped.

Shani didn’t laugh. “He is an elementary school Rebbi. Tell me, how will he possibly support our Yanky?”

Noach sat down and poured himself some orange juice before replying.

“Hashem has been very generous to us. He has given us the ability to support our sons-in-law in kollel. It will be our zechus to support Yanky as well.”

“Yanky is a top bachur. He deserves to get serious money,” Shani retorted. “Besides, our lifestyles are so different. What will people say?”

“Maybe our son ‘deserves’ to get what he really wants, rather than what others expect him to get,” Noach replied. “We have to put our own preferences to the side and focus on what Yanky wants and needs. In addition to being a klei kodesh, the father is a noted talmid chacham and real yerei Shamayim. I, baruch Hashem, married into the type of family I was looking for. Let’s daven that Yanky marries into the type he is looking for.”

Mrs. Shanovsky was deeply honored when Rebbetzin Miller called her saying she was seeking her services as a shadchante.

“I didn’t know you have a child now in shidduchim,” Mrs. Shanovsky remarked.

“I didn’t either,” the Rebbetzin chuckled. “I am calling you about a former student of mine, a real treasure of a girl. A real princess, refined, unassuming, with a heart of gold. She comes from a quiet, simple family, and weeks, even months go by without a shidduch being redt. I would grab her in a minute for my son — but he is only eight years old!”

Mrs. Shanovsky grabbed her pen and wrote the girl’s name on the very top of her notepad in large bold letters, underlining it several times for good measure.

Friday is the 15th day of Av, a day dedicated to shidduchim. This is a most opportune time for each of us to ask ourselves some hard questions:

Are we fulfilling our responsibilities towards those who haven’t yet found their zivug?

Have we made concrete efforts to try to help them? If we can’t think of a suitable shidduch for them, have we made some calls to shadchanim on their behalf?

When giving information, do we fully recognize the enormous responsibility we have? Do we realize that by declining to give details that we are obligated to share, we can destroy lives? Do we set aside our personal considerations and seek clear halachic guidance about what and how we should respond? Do we make certain to portray the positive aspects of a prospective match truthfully?

Do we help parents put the needs of their children before their own personal interests? Do we help turn the tide away from stressing the petty and the mundane, and emphasize what really matters in shidduchim?

Most importantly, do we daven sufficiently for the shidduchim of our children — and all those we know who are still waiting to be redt their bashert?

The 15th day of Av is a day that reminds us that all year we have an obligation to daven on behalf of — and undertake every other type of practical hishtadlus for — all those who haven’t yet found their zivug. It is also a time to remind ourselves of our momentous responsibilities when it comes to giving truthful and appropriate information.

(Anecdotes are for illustrative purposes only, based on true scenarios.)