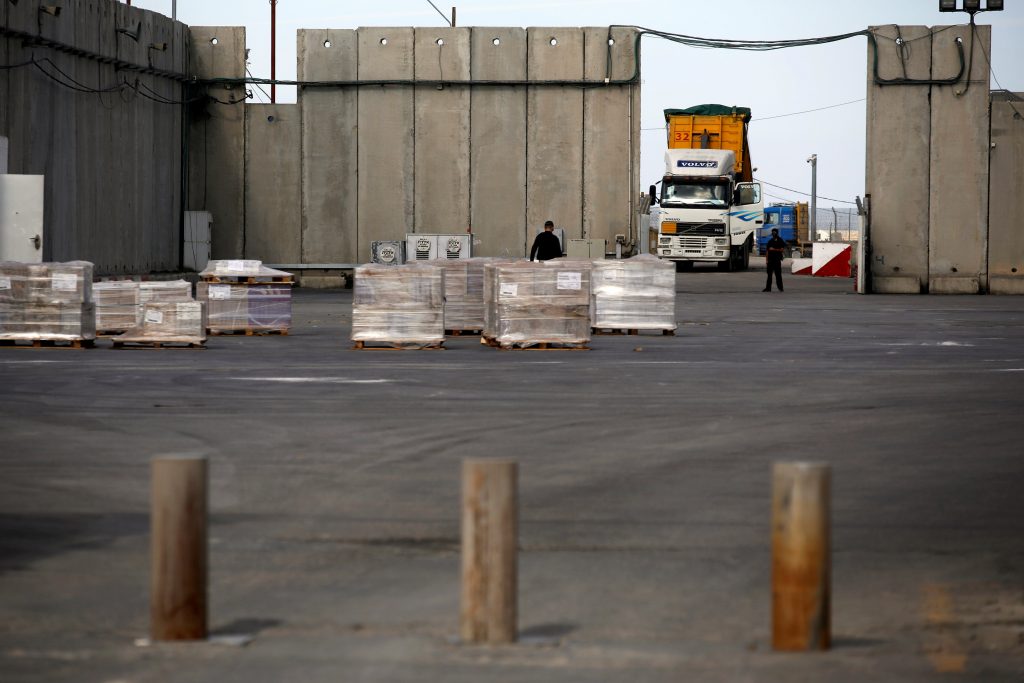 The Kerem Shalom crossing will be partially opened on Tuesday, the Defense Ministry said. The opening would take place on Tuesday afternoon. The crossing had been closed last week in the wake of ongoing terror attacks by Hamas terrorists. Although the terror attacks have not ceased, the Ministry said that it would allow cooking gas, food, and medicine into Gaza via the crossing later Tuesday.

“The decision comes even though Hamas has not ended its terror acts,” a statement by the Ministry said. “The terror group seeks to continue its terror campaign of flying terror balloons and kites at Israeli targets, albeit at a lesser pace. The full restoration of the Kerem Shalom crossing’s operation is dependent on the cessation of terror,” it said.

After four months of a major terror campaign against Israelis by Gaza Arab terrorists, the number of Israelis who have sought counseling and assistance in the wake of the war rose hundreds of percent over the four months previous, the Welfare Ministry said Tuesday. In Sderot, requests for assistance rose 300 percent over the previous period, while in Gaza border towns the increase was over 400 percent. In towns in the Ashkelon area, requests for assistance rose by some 800 percent.

The Ministry operates five mental health centers that provide assistance to residents on a regular basis. Beginning in March, when increased terror by Gaza Arab terrorists caused higher levels of anxiety among residents of the Negev, the Ministry doubled its staff. The mental health centers have been holding numerous activities, including group meetings and events to assist residents in dealing with their fears and concerns.

In a statement, Welfare and Labor Minister Chaim Katz said that “the Ministry has directed the best of its resources for the benefit of residents of the Gaza border area. We will continue to be partners in the effort to ensure the mental health of residents.”