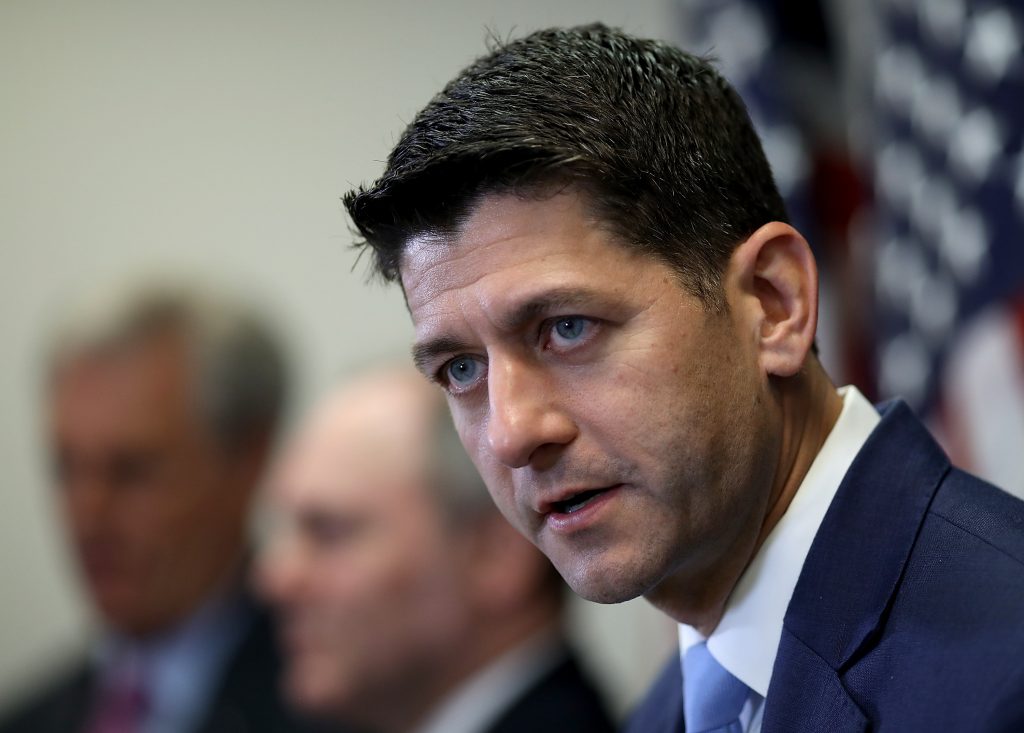 House Republicans unveiled the broad outlines of a new tax package Tuesday that would make individual rate cuts permanent under the nation’s revised tax code, instead of allowing them to expire in 2025.

The proposal stands little chance in the Senate. Nonetheless House Republicans intend to bring it to a vote ahead of the November midterm elections, with the aim of refocusing attention on what they say are positive impacts from a new tax law that has not proven particularly popular with voters.

Some also hope that the vote will put Democrats on the spot, by forcing them to vote for or against extending tax cuts for individuals after months of railing against the tax law as a giveaway for corporations. The massive corporate tax cuts in the $1.5 trillion deficit-busting law were permanent to begin with.

“First of all, it’s good policy. I always like to vote on good policy,” said Rep. Bradley Byrne, R-Ala. “Secondly, if I can take a tax break that we’ve given to individuals who are also voters and make it permanent, I think that’s good politics, too.”

GOP lawmakers discussed the legislation in a closed-door briefing Tuesday with House Ways and Means Committee Chairman Kevin Brady, R-Texas, who has been at work for months on what he’s calling “Tax Reform 2.0.”

The legislation would come in three different packages. One would make the individual and small-business tax cuts in the original bill permanent. The second would promote retirement savings through a variety of means, including creation of a new “universal savings account” to offer a flexible option for families. And the third would aim to spur business innovation, including by allowing start-ups to write off more of their initial costs.

The total cost of the new package is not yet known, Brady said. But he said that the cost of making the individual tax cuts permanent would be around $600 billion.

Multiple independent analysis have found that the GOP’s original tax law added some $1.5 trillion or more to the deficit over the next decade, but many Republicans dispute that, arguing that the law will produce more than enough growth to pay for itself.

The three-pronged approach in the House GOP’s planned package creates the possibility that the Senate could go along with some of the proposals while rejecting others. Although there is little chance the Senate would take up the extension of the individual cuts, there is bipartisan interest in the Senate in advancing proposals to boost retirement savings, although it’s unclear whether the House and Senate will be able to agree on an approach.

The House proposals were written by Republicans without Democratic input. But unlike with the original tax legislation that President Donald Trump signed into law late last year, which was protected from a Democratic filibuster in the Senate by special procedural rules, Democratic votes would be required in the Senate to pass any part of the new package.

Democratic leaders have made clear they want no part in helping Republicans advance another budget-busting tax bill. And some Republicans fear that bringing up a bill extending individual tax cuts in the Senate would allow endangered red-state Democrats to cast a vote in favor. This could help neutralize GOP attacks against them for opposing the original tax bill – but the legislation would almost certainly be doomed to failure anyway because it would not get the 60 votes needed in the closely divided Senate.