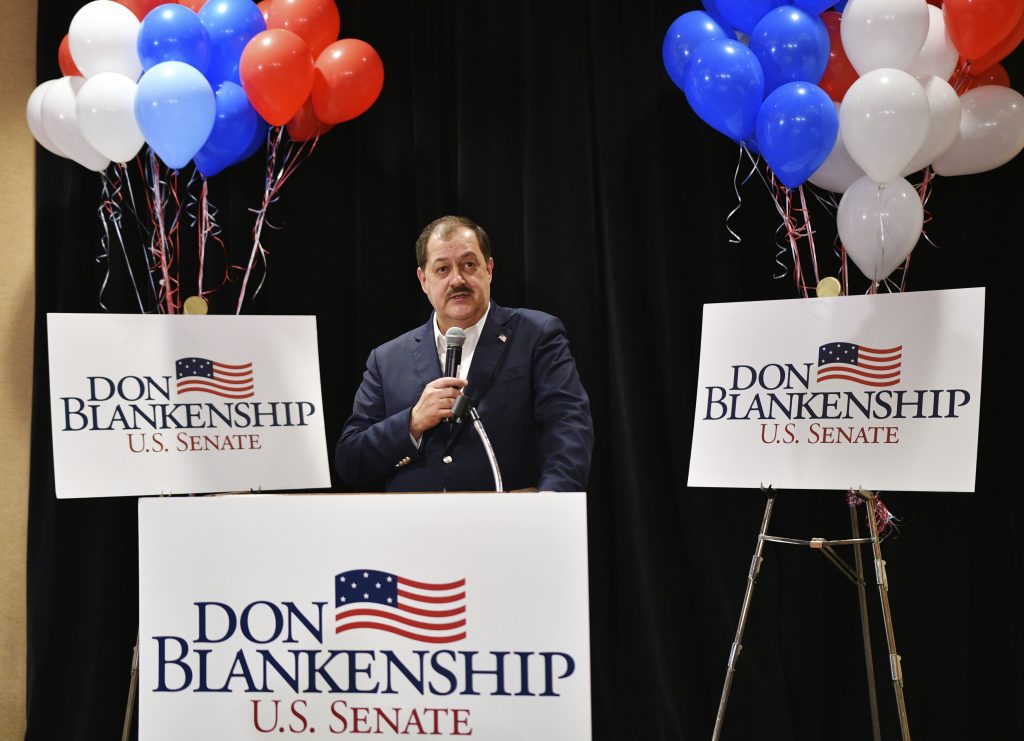 Blankenship’s campaign announced he would file the paperwork Tuesday, but doesn’t expect it to be certified and will “vigorously challenge” any denial.

It’s unclear if the bid violates West Virginia’s “sore loser” law, which prohibits candidates affiliated with a major party who lose in a primary from changing their registration to a minor party.

Blankenship finished a distant third in the Republican primary. He wants to join Republican Patrick Morrisey and incumbent Democratic Sen. Joe Manchin on the November ballot.

Blankenship is a former CEO of Massey Energy, which owned a mine where a 2010 explosion killed 29 miners. He spent a year in federal prison for violating safety regulations.