World Trump Says ‘Gave Up Nothing’ at Putin Summit
World 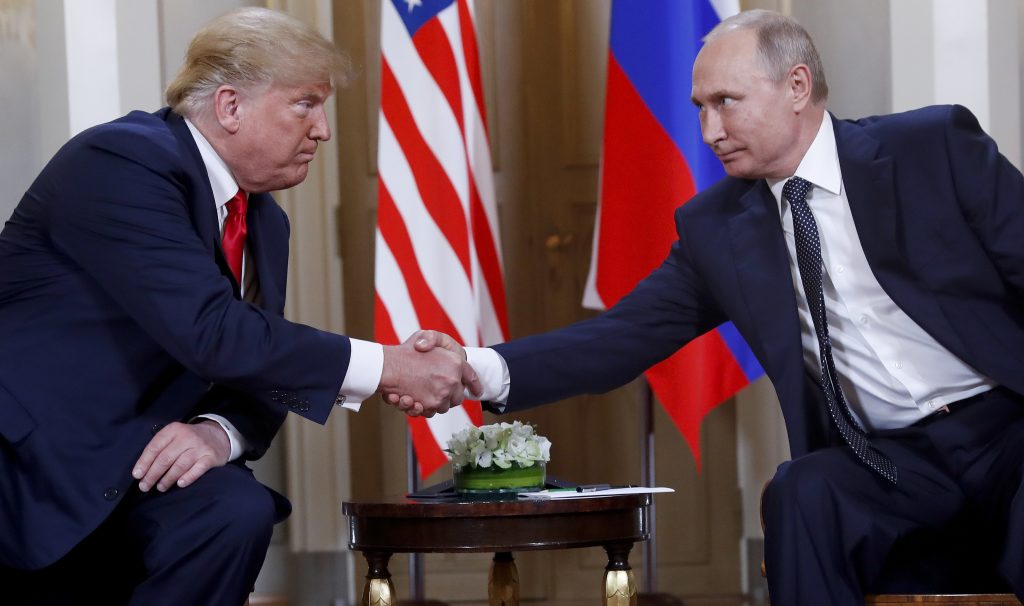 President Donald Trump said on Monday he “gave up nothing” at last week’s private meeting with Russian President Vladimir Putin but remained elusive about their conversation as fellow Republicans and other critics questioned any potential deals.

Following the two leaders’ summit in Helsinki, Trump previously said they discussed a range of issues, including efforts to denuclearize North Korea, the Middle East peace efforts and cyberattacks but has not given any details.

Russian officials have said Putin made concrete proposals to Trump during their one-on-one talk regarding conflict in Ukraine. U.S. Secretary of State Mike Pompeo also said the two discussed the Syrian crisis.

But top U.S. intelligence officials and members of Congress have said they do not know what was discussed and have not been briefed.

“I gave up NOTHING, we merely talked about future benefits for both countries,” Trump wrote on Twitter.

Despite the fierce criticism, Trump has extended an invitation for Putin to visit Washington for a second meeting this fall.