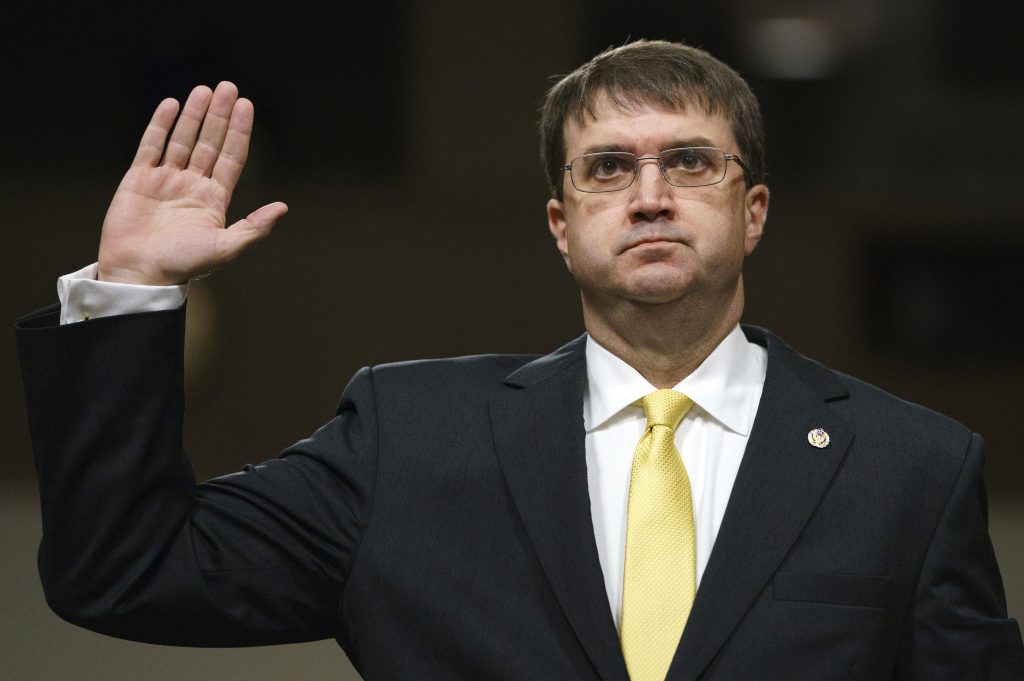 Wilkie won approval on a bipartisan vote of 86-9, securing the backing of many Democrats after insisting at his confirmation hearing that he will not privatize the government’s second-largest department. It was a moment of respite from the sharp political divisions engulfing Trump’s other nominees in the final months before congressional midterm elections.

Wilkie is Trump’s third pick for the job in 18 months. The longtime public official says he will “shake up complacency” at VA, which has struggled with long waits in providing medical treatment to millions of veterans.

In a statement released by the White House, Trump applauded the confirmation vote and said he looked forward to Wilkie’s leadership. “I have no doubt that the Department of Veterans Affairs will continue to make strides in honoring and protecting the heroic men and women who have served our nation with distinction,” he said.

Trump selected Wilkie for the post in May after firing his first VA secretary, David Shulkin, amid ethics charges and internal rebellion at the department over the role of private care for veterans. Trump’s initial replacement choice, White House doctor Ronny Jackson, withdrew after allegations of workplace misconduct surfaced.