Israel Security Sources: Gaza Crossing Closure Seems to Be Having An Effect
Israel 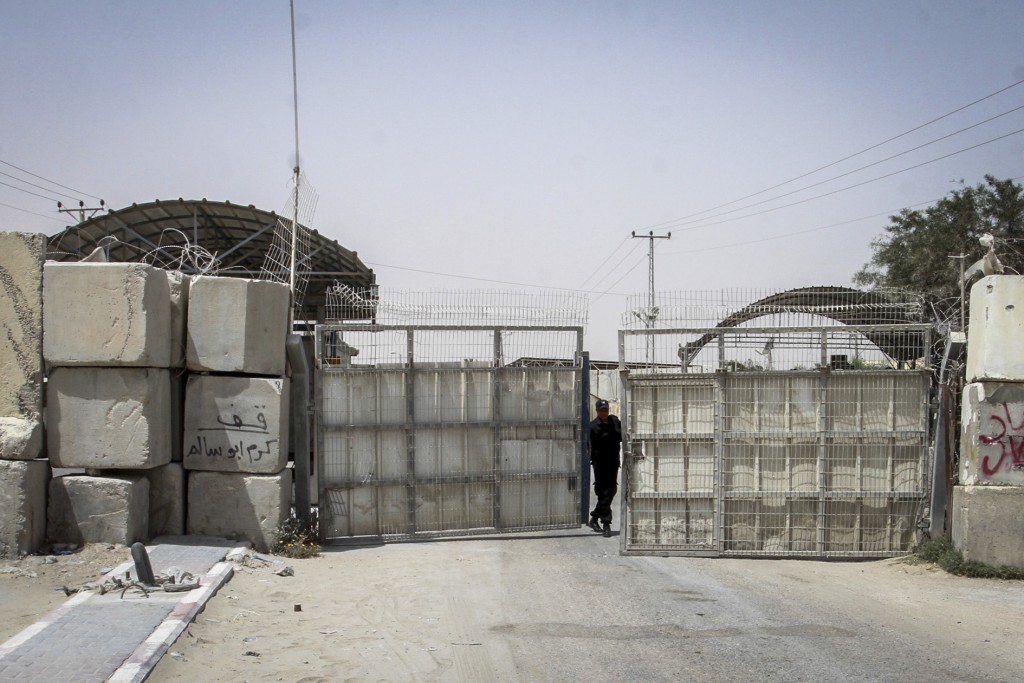 The Kerem Shalom crossing in Gaza is set to reopen on Tuesday – if there are no more security incidents, Defense Minsiter Avigdor Liberman said over the weekend. However, IDF soldiers reported that they were shot at Sunday night by Hamas terrorists in Gaza – an incident that came just days after the killing of IDF Staff Sgt. Aviv Levi, Hy”d, who on Friday was killed by a sniper from Gaza as he performed duties in the border area. His levayah was held on Sunday. A report in Yediot Acharonot quoted security sources who said that the incidents made it “unlikely” that the crossing would be opened on Tuesday.

Nevertheless, the report said, the sources said that there were signs that the closure – as well as the general economic pressure on Hamas – was having the desired effect of forcing the terror group to restrain itself. While Hamas terrorists have continued in recent days to release terror balloons and kites at Israeli targets, the IDF said that there was an “identifiable trend” in Gaza among residents who are starting to feel the economic pinch of the closure – and were pressuring Hamas to back off in order to allow for the crossing to reopen.

Among the effects of the closure have been a growing shortage of bread, as Israel has prevented the transfer of cooking gas over to Gaza over the past week. In addition, Gaza merchants and factory owners, as well as farmers, were suffering due to Israel’s preventing their exporting goods via the Kerem Shalom crossing. Currently, about half of Gaza’s 6,000-strong textile workers were at home, as there is no material for them to work with, and farmers, denied export markets, were dumping overripe fruits and vegetables on Gaza markets for next to nothing. Cement imports have been halted, and construction projects are frozen, the report said.

In response to complaints by Gaza businesspeople, Israel has said that they need to take up their case with Hamas, which is responsible for their situation.

With that, the report said, Israeli officials were taking into consideration the possibility that the opposite could happen, too – that Gazans would en masse blame Israel, not Hamas, for their troubles, which would lead to an increase, not a decrease, in terror activities. In either event, whether the crossing is reopened or remains closed. the report said, humanitarian shipments would continue to be sent through.