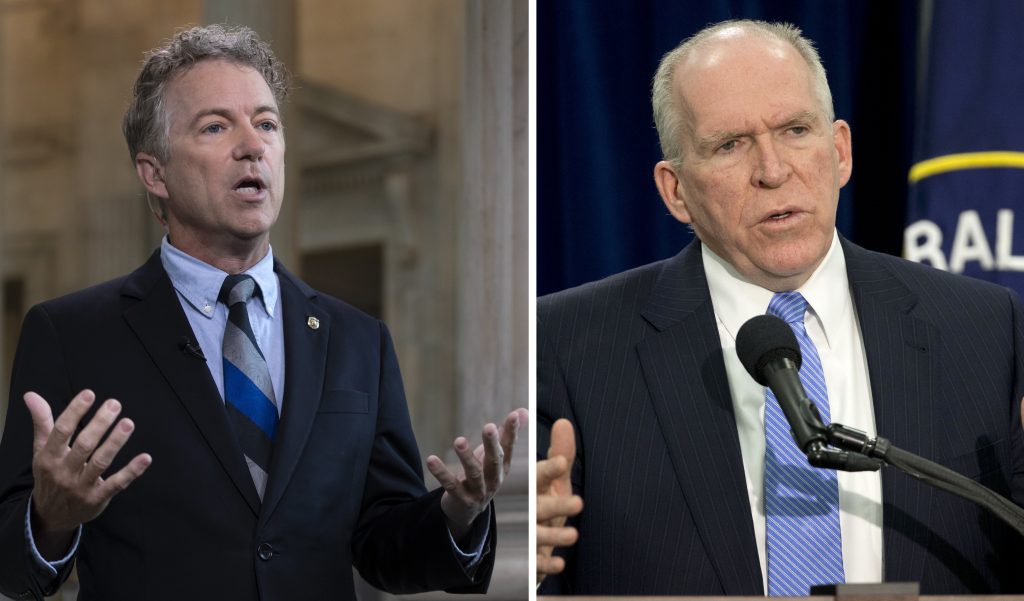 Sen. Rand Paul, R-Ky., said that he plans to meet with President Donald Trump on Monday and ask him to revoke the security clearance of former CIA director John Brennan, who has been a harsh critic of Trump on Russia and other issues.

Brennan, who served under President Barack Obama, last week used the word “treasonous” to describe President Trump’s performance at his summit with Russian President Vladimir Putin in Helsinki, saying it showed he was “wholly in the pocket of Putin.”

Former CIA directors typically hold on to their clearance for several years after leaving office in part so that they can share insights with current directors.

A spokesman for Brennan declined a request for comment.

Paul, who once had a frosty relationship with Trump, has emerged as one of his fiercest defenders on Russia, calling those who questioned Trump’s efforts to build a relationship with Putin “unhinged” and “crazy.”

Following last week’s summit with Putin, President Trump was widely criticized by Democrats and Republicans alike for appearing too cozy with the Russian leader and failing to more aggressively confront him on Russian interference in the 2016 election.

Brennan, who was involved in the assessments of Russian interference, now serves as a senior national security and intelligence analyst for NBC News and MSNBC and often makes critical comments about Trump.