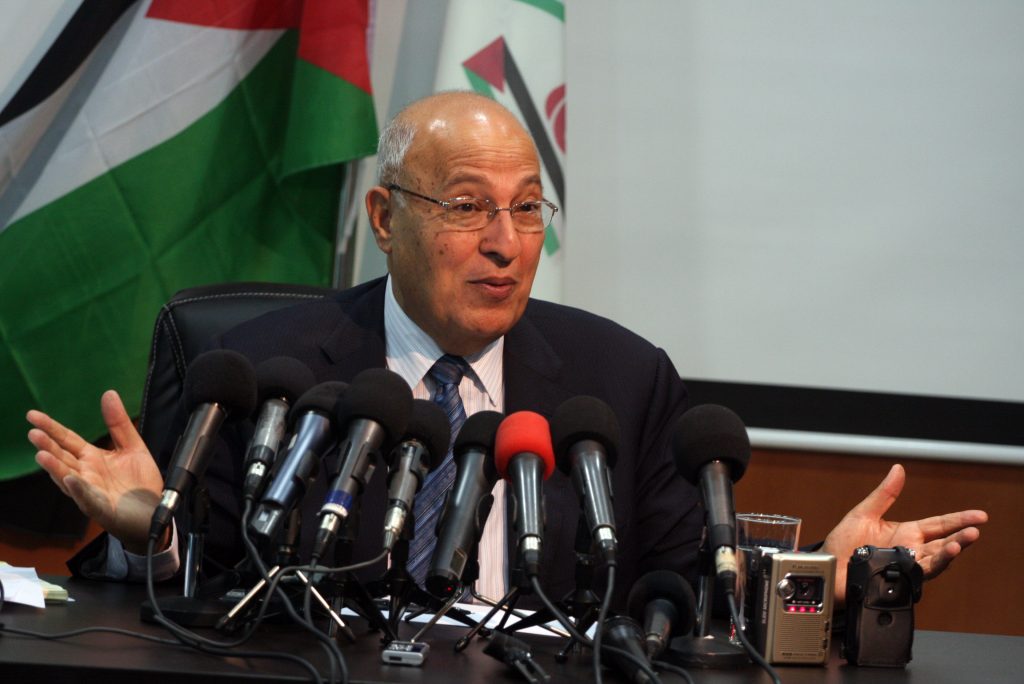 The view that the Palestinian boycott of U.S. Mideast peacemakers cannot last has been taking hold in the Palestinian Authority, according to an article in The Media Line.

Officials were quoted as saying that “in the current diplomatic climate, Europe cannot replace the U.S. as an intermediary because many European capitals are reluctant to assume America’s traditional role as primary peace broker between the two sides. European leaders are also wary of ignoring the Trump administration’s demand to not abide by the PA’s push to form a new, multilateral mechanism for negotiations.”

Nabeel Amro, a former Palestinian Minister of Information, urged a more pragmatic policy: “The Palestinians want Europeans to be more involved, but we can’t force them.”

While he believes that “it is right to reject the [prospective] American [peace] plan as it violates Palestinian rights, a boycott on the entire U.S. administration is not helpful. Our relationship with the U.S. should be about dialogue, not boycotts.”

Hanna Issa, a Palestinian political analyst, said that “boycotting [Washington] will not benefit the Palestinians.”

He noted that the PA does not even know the details of the White House plan, which has yet to be published, and rejecting it out of hand is premature.

However, Nabil Shaath, a foreign affairs adviser to Mahmoud Abbas, countered that, “We are not seeking to replace the U.S. with the European Union.”

“Abbas was clear in his speeches that we want multilateral negotiations involving European countries, Russia and China. At the same time, we refuse the U.S. monopoly on talks and the contempt of the Trump administration for the Palestinian side.”

Shaath also downplayed the extent of the rift, claiming that Ramallah is “not boycotting the American administration, [rather] we are boycotting political dialogue with the U.S. over the so-called ‘deal of the century.’ We still speak with the U.S. Consulate in Jerusalem on a daily basis and we still have our representative office in Washington.”