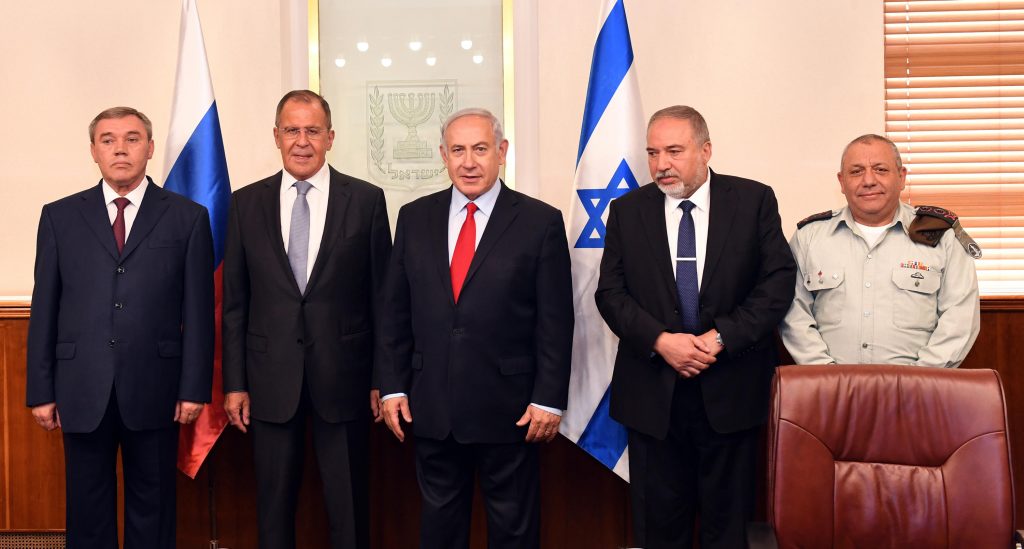 Israel on Monday rebuffed a Russian offer to keep Iranian forces in Syria at least 100 kilometers (62 miles) from the Golan Heights ceasefire line, an Israeli official said on Monday.

The official, who spoke on condition of anonymity, said the issue came up during a meeting between Israeli Prime Minister Binyamin Netanyahu and a visiting Russian delegation led by Russia’s foreign minister, Sergei Lavrov.

The official said that PM Netanyahu told Lavrov, “We will not allow the Iranians to establish themselves even 100 kilometers from the border.”

The Israeli demand included removal from the country of all long-range missiles and the closure of missile factories, according to the Times of Israel.

An official statement released after the meeting by the Prime Minister’s Office made no mention of the Russian offer.

In a routine account, it said only that “Prime Minister Netanyahu met with a Russian delegation led by Foreign Minister Sergei Lavrov and Chief of the General Staff of the Armed Forces Valery Gerasimov. Defense Minister Avigdor Liberman, IDF Chief-of-Staff Lt.-Gen. Gadi Eisenkot, National Security Council Director Meir Ben-Shabbat and other senior officials also participated in the meeting at which Iran and the situation in Syria were discussed.”

It quoted PM Netanyahu saying at the start of the meeting: “The link between us is extraordinarily important and it exists, as you have seen, in the direct meetings between myself and President Putin and between our staffs. I appreciated the words that were spoken by President Putin together with President Trump regarding the security of Israel during the recent summit.”