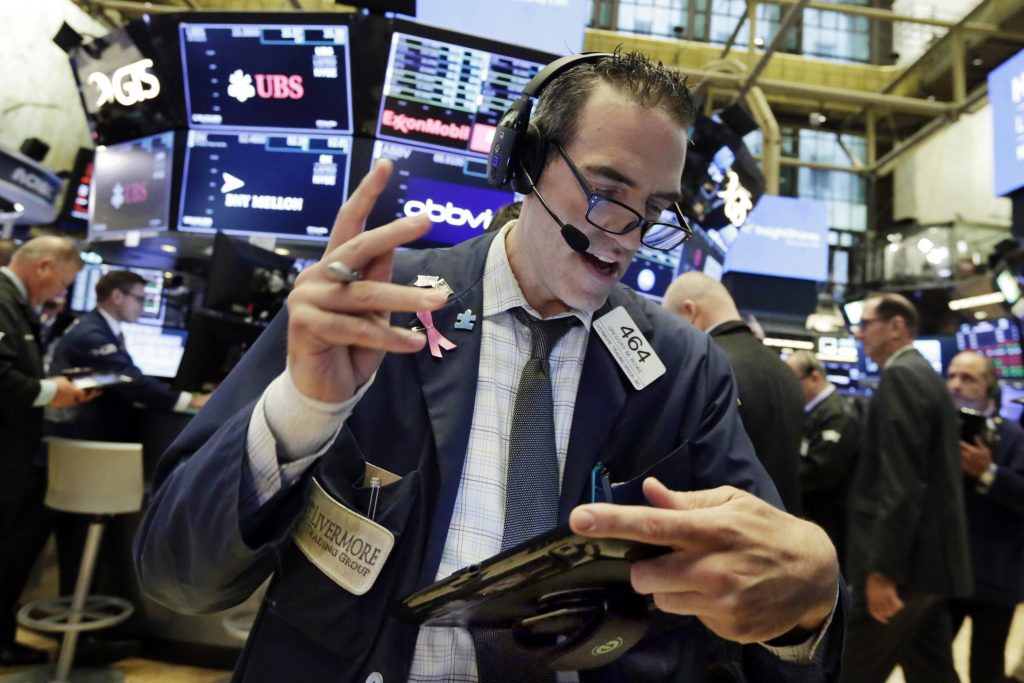 U.S. stocks veered slightly higher in afternoon trading Monday as the market recovered from an early slide. Banks accounted for much of the market’s gains as bond yields rose, pointing to higher interest rates on consumer loans. Automakers, retailers and industrial companies declined. Investors were focused on corporate America as the busiest week of the earnings reporting season got underway.

EYE ON EARNINGS: A third of the companies in the S&P 500 are set to report second-quarter earnings this week. So far, corporate earnings have been generally better than expected, reinforcing the underlying perception in financial markets that the U.S. economy is performing strongly and that the Federal Reserve will raise interest rates next month.

THE QUOTE: “Earnings are coming in better than expected, but you’re not getting much of a reaction from the marketplace,” said Tom Martin, senior portfolio manager of Globalt Investments. “People are biding their time.”

SUDDEN EXIT: Fiat Chrysler Automobiles slid 2.4 percent to $18.86 on news that CEO Sergio Marchionne has been replaced unexpectedly due to complications from shoulder surgery last month. The FCA board on Saturday named long-time Jeep executive Mike Manley as CEO, accelerating a transition that was planned for early next year. Boards also named replacements for Marchionne as Ferrari CEO and CNH Industrial chairman. Shares in Ferrari fell 4.4 percent to $133.90, while CNH Industrial slid 1.4 percent to $10.13.

CASH QUESTIONS: Tesla skidded 3.5 percent to $302.61 after The Wall Street Journal reported that the electric carmaker has asked some of its suppliers to refund a portion of what the company has already spent to help it become profitable. The plea raised questions about Tesla’s cash position, which has dwindled following some production issues.

JUST ONE SLICE: Papa John’s sank 9.2 percent to $46.86 after the pizza delivery company adopted a shareholder rights plan to keep founder and ousted chairman John Schnatter from buying a majority stake. The company is struggling to distance itself from Schnatter, who resigned this month after his use of a racial slur during a media training session was revealed. Schnatter has since said his resignation was a “mistake” and criticized the company’s handling of the incident.

FRACKED: Halliburton slumped 8.3 percent to $41.47 after management said in a conference call with analysts that some customers are pulling back on production, particularly in the Permian basin, because of bottlenecks in getting the oil and gas they’re producing to market. The drilling services company also noted that the cost of materials is rising. The situation will stymie further price increases in the third quarter, the company said.