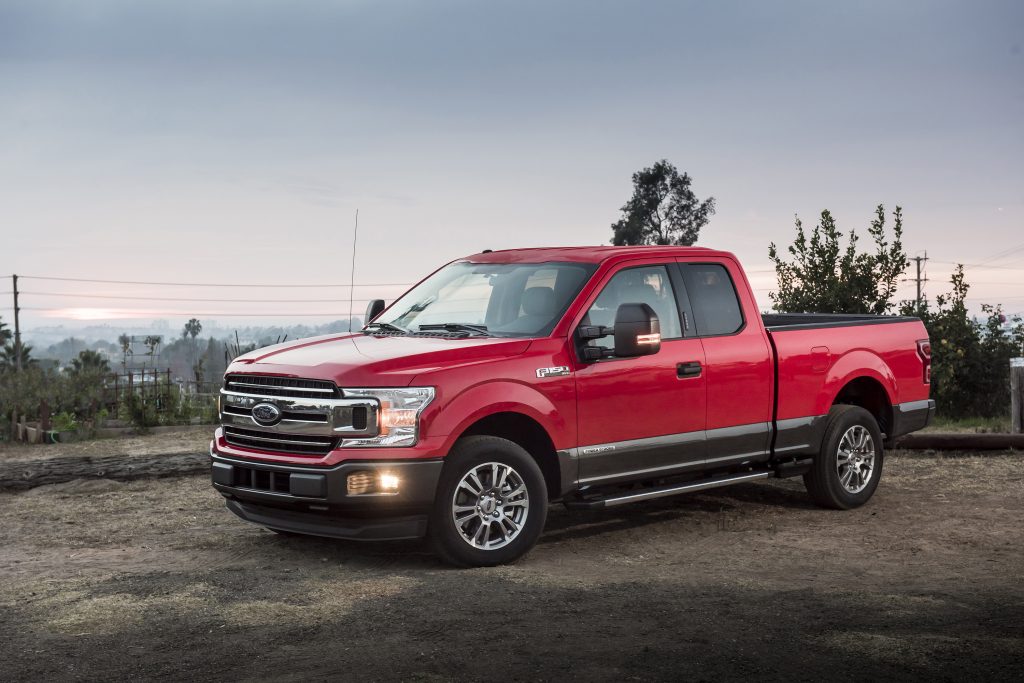 It’s ironic, but increasingly likely, that U.S. pickup buyers will be the last stand for diesel engines, outside of semi-trucks and maybe tugboats.

For years, American drivers were unmoved by diesels’ combination of power and efficiency while tens of millions of European buyers snapped them up for everything from VW Golfs to Mercedes S-class limos.

We are well and truly through the looking glass.

In 2018, just about every European automaker is phasing out diesels as countries and cities across the continent prepare to ban them. At the same time, the Detroit 3 are rolling out a new generation of diesels — priced at a hefty premium over V-8s — to power their most popular and profitable vehicles.

The 2018 Ford F-150’s 3.0L diesel is the latest to hit the road, and the best for at least the moment. That last caveat is because archrival Chevrolet has a brand new diesel coming in an all-new truck, and Ram’s slick new 2019 1500 pickup is slated to get Fiat Chrysler’s reliable diesel early next year.

Being first of the new generation of diesel pickups on sale doesn’t make the F-150 diesel look like a bargain, because it’s not. Diesel buyers are a special breed, happy to pay extra for an engine that combines good fuel economy with hefty towing capacity. Ford’s 250-hp 3.0L V6 diesel is a $4,995 option on the F-150 XLT that’s its base model, an extra $4,000 on a midline Lariat and adds $3,000 to the tab for luxurious pickups like the King Ranch I tested.

The diesel, which Ford builds at a factory in England, is the sixth engine in the current F-150 lineup. It’s paired with Ford’s smooth and precise 10-speed automatic transmission and available with rear- or four-wheel drive.

Ford expects it to account for about 5 percent of F-150 sales. That’s a small share, but the numbers get meaningful when you’re talking about America’s best-selling vehicle. Ford will probably sell more diesel F-150s than Chevy sells Corvettes.

At the moment, the only other light-duty pickup with a diesel is the 2018 Ram 1500, available in small numbers after being hung up while the EPA scrutinized its engine controls, which were supplied by the same company that made controls for the cheating Volkswagens that began diesel’s downfall.

Next year, the F-150 diesel gets more meaningful competition in an all-new diesel in the all-new Chevy Silverado, and Ram’s carryover diesel in its brand-new ‘19 1500 pickup.

Other competitors — but only sort of, since they lack diesels — will be the Nissan Titan and Toyota Tundra full-size pickups. A few shoppers may also consider the bigger medium-duty Nissan Titan XD’s 5.0L V-8 diesel.

I tested a loaded King Ranch Super Crew 4×4 with four doors, seating for five, ranch-style leather and badging and more. It stickered at $64,805, excluding destination charges.

It’s hard to compare that to other pickups until Ram and Chevy have equally modern diesels available. It’s likely to be competitive, but at the high end of the class, since the F-150 is the sales leader.

The F-150 diesel doesn’t have the biggest towing capacity among full-size pickups, or even in the F-150 line, but its combination of an 11,400-pound max, strong torque for good towing and decent fuel economy — up to 30 mpg on the highway in EPA tests — gives it a unique set of attributes that are like catnip to mostly well-heeled buyers who tow horses, boats and campers. Ford also expects to sell a handful of diesel F-150s as straight-up work trucks.

The diesel is quiet and smooth, thanks to recent upgrades to the engine family, which Ford has built in the U.K. for years, and which also included diesels powering Land Rover luxury SUVs. Extra sound insulation under the hood helps assure that occupants of the F-150’s roomy cab probably won’t hear any more engine noise than they would from a gasoline engine.

The King Ranch is a luxurious and comfortable vehicle, with the kind of passenger space — particularly rear leg room and head room — generally associated with limos.

It’s available with the latest driver assistance features and has good, easy-to-use controls and voice recognition for features like audio, navigation and smartphones.

The diesel’s stop-start, which shuts the engine off when it’s idling at a stoplight or in traffic, is very noticeable. The vibration can be felt by everybody in the cab when it restarts the engine to resume driving.

The F-150 is brilliantly engineered for maneuverability and drivability, but there’s no disguising the fact that a 4×4 F-150 crew cab is a huge vehicle. It fills up a residential street and turns the search for a downtown parking spot into a quest.

The option price for the diesel is competitive with what Ram charges for its less powerful 3.0L V6 diesel, but still, $3,000-$4,995 is a big ask. People who spend lots of time towing long distances may gravitate to the F-150 diesel but it’s not likely to convert many new owners to diesel.

The 3.0L V6’s 250 hp is slightly more than the output of Ram’s diesel. More important, the Ford engine produces 440 pound-feet of torque from just 1,750 rpm, the kind of immediate power that makes it easy to pull a trailer out of a muddy corral. Fiat Chrysler V6 generates 420 pound-feet at 2,000 rpm, good performance but likely to be a noticeable difference when you try to reach highway speed on an entrance ramp while towing a fifth-wheel camper.

Both diesels beat the fuel efficiency of V-8 gasoline pickups by several miles per gallon.

The combination of fuel economy, power and towing capacity give the F-150 diesel a significant advantage for buyers who do a lot of towing. The engine’s smooth and quiet operation remove two main reasons Americans resisted diesels in the past.

Add that to a pickup that has earned its spot as America’s perennial bestseller and you have a pricey but worthwhile addition to the F-series.