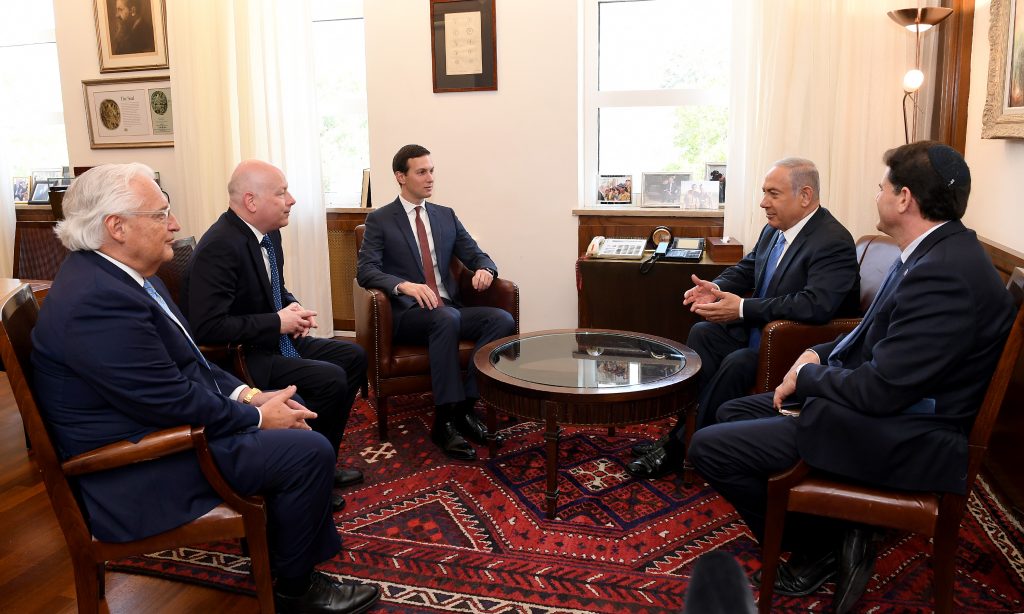 The anti-Israel bias at the United Nations is not what it used to be, thanks to the determined diplomacy of Israel and the United States, four American officials have said in a joint statement.

They called it the “the beginning of a paradigm shift” in voting patterns at the U.N., where the General Assembly has been notorious for its automatic Arab majority against Israel, and various U.N. agencies have displayed egregious anti-Israel and anti-Semitic bigotry.

In an opinion piece signed by the four and published by CNN, Ambassador to the U.N. Nikki Haley, senior adviser to President Donald Trump Jared Kushner, Middle East envoy Jason Greenblatt, and Ambassador to Israel David Freidman said the international body, which has for years been “relentlessly and blindly anti-Israel,” has seen a positive change in recent days.

The U.S. diplomats hailed what they described as “a miracle by U.N. standards: It happened when on June 13 a typically one-sided resolution condemning Israel was put to a vote, most members present voted in favor of a U.S.-proposed amendment to also condemn Hamas for its role in the current crisis, its rocket barrages and arson attacks on southern Israel.

“Although the measure ultimately failed for technical reasons, more nations voted for holding Hamas accountable with the US amendment than against it,” they wrote.

“Nothing like this had ever been done before at the United Nations. Hundreds of resolutions passed by the General Assembly dealing with the Israeli-Palestinian conflict have failed even to mention Hamas” they noted.

The administration officials praised the assembly’s willingness to hold Hamas responsible for conflict in Gaza, saying: “For the first time in the United Nations, more nations than not acknowledged that peace between Israel and the Palestinian people must be built on a foundation of truth regarding Hamas.

This, they argued, is a sign of a willingness to face reality, in this case, the reality that peace cannot be attained while Hamas continues to foment violence “to score political points.”

“The peace proposal we will make will be similarly realistic, recognizing the legitimate needs of both Israel and the Palestinians as well as the interests of the broader region. No one will be fully pleased with our proposal, but that’s the way it must be if real peace is to be achieved. Peace can only succeed if it is based on realities. We got a glimpse of that at the United Nations on June 13. We expect to see more of this in the days ahead,” they concluded.