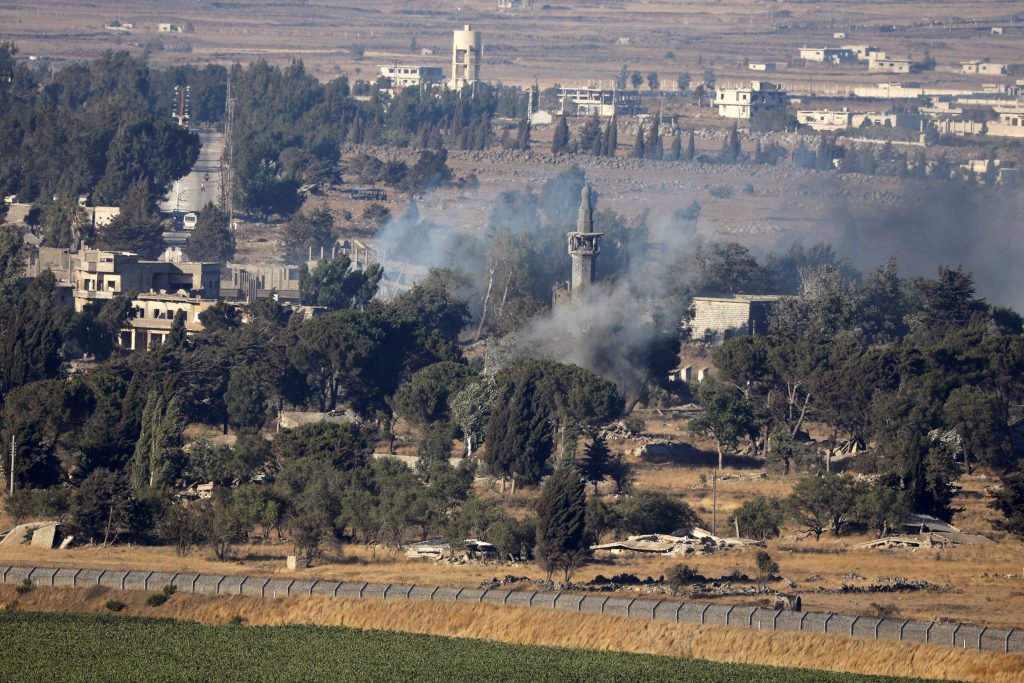 Hundreds of members of Syria’s “White Helmet” civil defense group and their families fled advancing government forces and slipped over the border into Jordan overnight with the help of Israeli soldiers and Western powers, officials said.

Prime Minister Binyamin Netanyahu said in a brief video statement that he had acted on the request of President Donald Trump and other leaders.

“A few days ago, President Trump spoke to me, as did Canadian Prime Minister (Justin) Trudeau and others, asking that we help to extract the White Helmets from Syria. The lives of these people, who have saved lives, were now in danger. I therefore authorized their transfer via Israelto other countries as an important humanitarian gesture,” Netanyahu said.

The Syrian Civil Defense group has been widely hailed in the West and credited with saving thousands of lives by operating emergency rescue services in rebel-held areas during years of bombing attacks by Damascus and its allies.

The group says it is politically neutral but Syrian President Bashar al-Assad and his backers have said they see the White Helmets as Western-sponsored propaganda tools and proxies of Islamist-led terrorists.

Russia welcomed the White Helmets’ departure, alleging they were behind chemical weapons attacks of which Assad has been accused by Western powers and which the Syrian leader has denied.

“Definetely (sic) there will be less chances of new so-called (chemical weapons) attacks in Syria after forced evacuation by the collective West of the notorious White Helmets,” Russia’s embassy in the Netherlands said on Twitter.

A Jordanian government source said 422 people were brought from Syria, over the Golan Heights frontier and into Jordan, down from a figure of 800 announced earlier by the foreign ministry in Amman.

The evacuees will be kept in a “closed” location in Jordan and resettled in Britain, Germany and Canada within three months, the source added.

A second, non-Jordanian source familiar with the agreement said the original plan had been to evacuate 800 people, but only 422 made it out as operations were hampered by government checkpoints and the expansion of Islamic State in the area.

Britain hailed the evacuation, saying it and other allies had requested it.

“Fantastic news that we – U.K. and friends – have secured evacuation of White Helmets and their families – thank you Israel and Jordan for acting so quickly on our request,” tweeted British Foreign Secretary Jeremy Hunt.

German weekly magazine Bild, which broke news of the evacuation and published footage of buses used to transport the Syrians across Golan, said 50 of them would be granted asylum by Berlin.

“Humanity dictates that many of these brave first-aiders should now find protection and refuge, some of them in Germany,” it quoted German Foreign Minister Heiko Maas as saying.

A spokeswoman for the German interior ministry said Berlin would take in eight White Helmets plus their families. It was not immediately clear whether that amounted to the same 50 people.

A Canadian Foreign Ministry statement on Saturday said the White Helmets “have witnessed vicious atrocities committed by the Assad regime and its backers.” It added: “We feel a deep moral responsibility to these brave and selfless people.”