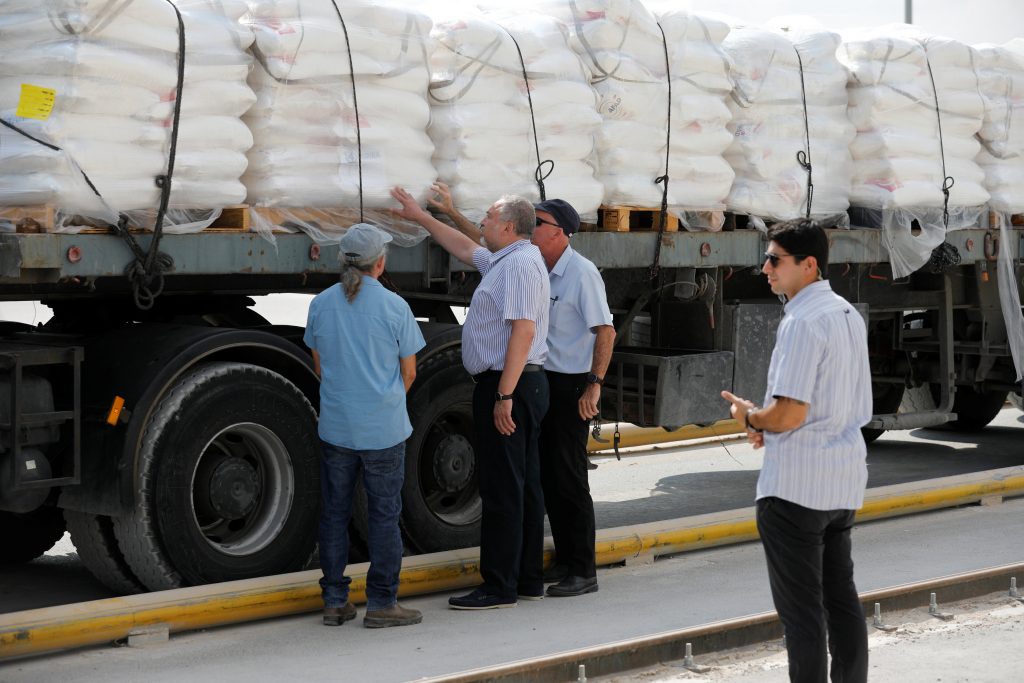 Israel shuttered the Kerem Shalom border terminal and reduced the fishing zone to 6 miles from 9 miles on July 9 in response to fire-starting kites and helium balloons flown over by Palestinians.

During a visit to the Gaza border area on Sunday, Liberman said: “Yesterday was one of the calmest days, perhaps, since March 30 [when Gaza protests started].” “If that situation continues today and tomorrow as it was yesterday, then on Tuesday we will revive the regular procedures and also expand the fishing zone to what it was before.”

Liberman stressed that calm also meant no incendiary kites and balloons, which have burned several thousand acres of farmland and forest reserves in the south.

“Residents of the Gaza Strip need to understand that so long as there are incendiary balloons and fires on our side, their side will also not go back to normal and to routine,” Liberman was quoted by the Times of Israel as saying.

According to Haaretz, the plan to offer to reopen the crossing was proposed by the IDF “top brass,” who had themselves recommended the closure of Kerem Shalom.

Hamas rulers said they had accepted a cease-fire ending a massive Israeli onslaught on their positions after an IDF soldier was shot dead by a sniper in Gaza, once again pulling the sides back from the brink of a full-fledged war.

On Friday, Israel unleashed an offensive it says destroyed more than 60 Hamas targets, including three battalion headquarters. Four Palestinians were killed, of which three were Hamas terrorists.

“The attack delivered a severe blow to the Hamas’ training array, command and control abilities, weaponry, aerial defense and logistic capabilities along with additional military infrastructure,” the Israeli military said in a statement, adding that the strikes “will intensify as necessary.”

“Right now, approximately 140 to 143 trucks [a day] pass through on average. At its peak, some 1,000 to 1,100 trucks were passing through each day. That’s the difference, and everyone on the other side should make those calculations,” Liberman said.