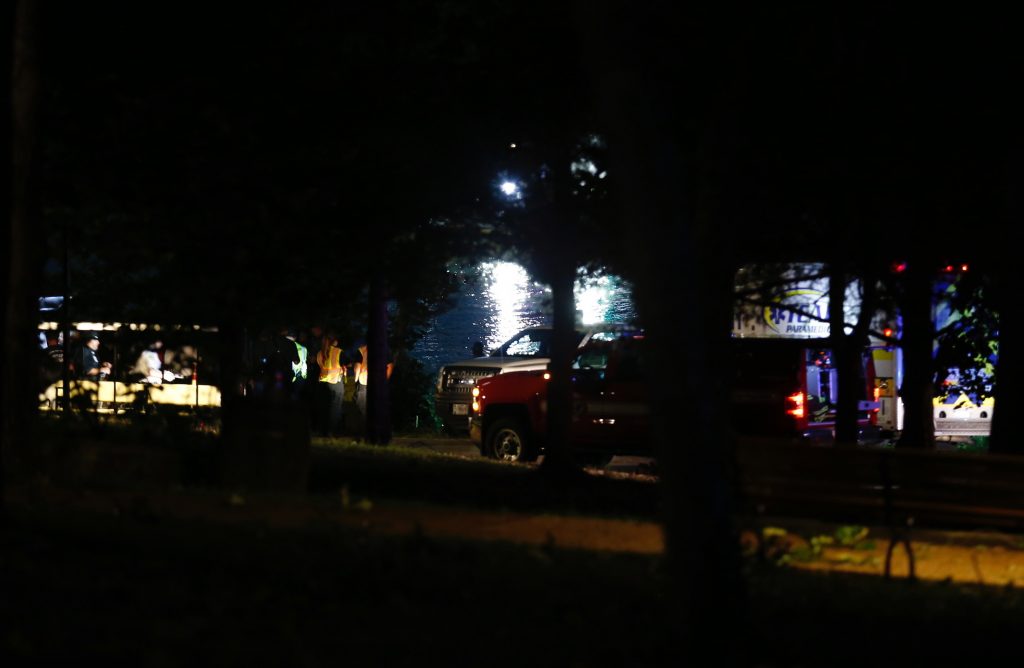 At least 11 people, including children, died after a boat carrying tourists on a Missouri lake capsized and sank Thursday night, the local sheriff said.

A spokeswoman for the Cox Medical Center Branson said four adults and three children arrived at the hospital shortly after the incident. Two adults were in critical condition and the others were treated for minor injuries, Brandei Clifton said.

Rader said the stormy weather was believed to be the cause of the capsizing. Another duck boat on the lake was able to safely make it back to shore.

“It’s a warning telling people to take shelter,” he said.

Dive teams from a number of law enforcement agencies were assisting in the effort, but the sheriff said the divers ended their search for the night.

The National Transportation Safety Board said on Twitter that investigators will arrive on the scene Friday morning.

Suzanne Smagala with Ripley Entertainment, which owns Ride the Ducks in Branson, said the company was assisting authorities with the rescue effort. Smagala added this was the Branson tour’s first accident in more than 40 years of operation.

Branson is about 200 miles southeast of Kansas City and is a popular vacation spot for families and tourists.

Duck boats, known for their ability to travel on land and in water, have been involved in other deadly incidents in the past. They include one in 2015 in Seattle in which five college students were killed when a boat collided with a bus, and one in 1999 that left 13 people dead after the boat sank near Hot Springs, Arkansas.

Safety advocates have sought improvements to the boats since the Arkansas incident. Critics argued that part of the problem is that numerous agencies regulate the boats with varying safety requirements.

Duck boats were originally used by the U.S. military in World War II to transport troops and supplies, and later were modified for use as sightseeing vehicles.