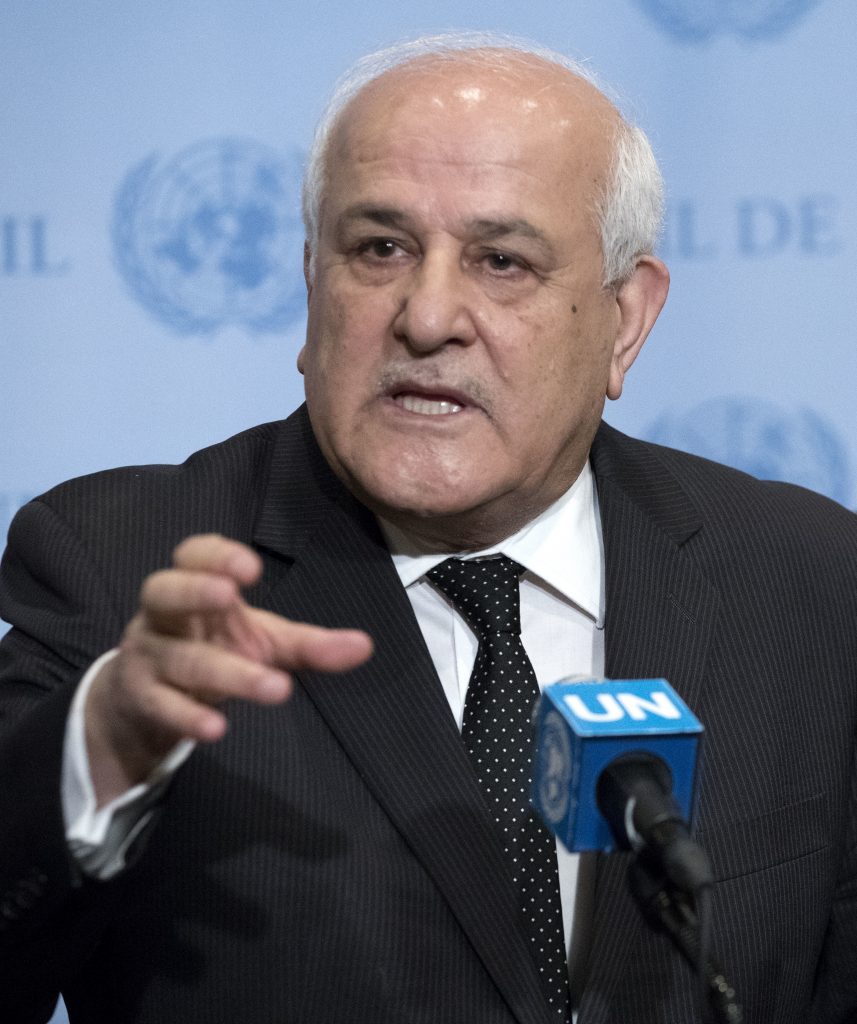 The Palestinian Authority is protesting the U.S. refusal to grant visas to six experts from its prime minister’s office to come to the United Nations to present a report on Palestinian implementation of U.N. goals for 2030.

The Palestinian U.N. ambassador, Riyad Mansour, told two reporters Wednesday that Israel “complicated the matter” by refusing to allow several of the experts to travel from Ramallah to Yerushalayim where the U.S. Consulate is located to check on their visas.

Mansour said it violates the U.N. agreement with the United States as host country of the world organization, which requires the U.S. to facilitate U.N. work and allow delegates to attend U.N. meetings.

Mansour said he plans to send a letter of protest to the General Assembly committee dealing with host country relations.

The U.S. Mission said it was looking into the complaint. Israel’s U.N. Mission did not immediately respond to an email seeking comment.

The high-level meeting is hearing what nearly 50 countries are doing to implement the U.N. goals to combat poverty, promote development and preserve the environment by 2030.