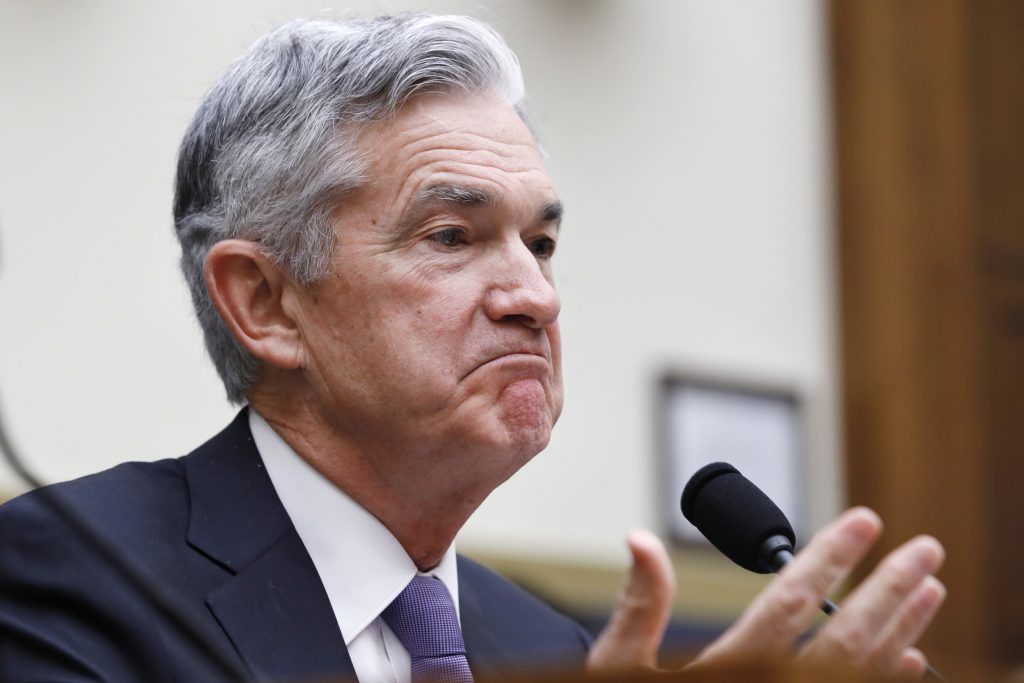 President Donald Trump said he is “not happy” with the Federal Reserve’s recent interest-rate increases.

Mr. Trump told CNBC in an interview Thursday, “I don’t like all of this work that we’re putting into the economy and then I see rates going up.”

Last month, the Fed raised its benchmark rate for a second time this year and projected two more increases in 2018. Its rate hikes are meant to prevent the economy from overheating and igniting high inflation. But rate increases also make borrowing costlier for households and companies and can weaken the pace of growth. In particular, the Fed’s most recent rate hikes could dilute some of the benefit of the tax cuts Mr. Trump signed into law last year.

The president acknowledged that his comments about the Fed would likely raise concerns. The central bank has long been seen as needing to operate free of political pressure from the White House or elsewhere to properly manage interest rate policy.

The Fed’s dual mandate is to maximize employment and stabilize prices. By maintaining its independence, the central bank can make politically contentious decisions to combat economic challenges, like the huge bond purchases it made after the 2008 financial crisis to help drive down long-term rates to support the economy. That policy drew rebukes from many Republican lawmakers.

“We have a long tradition here of conducting policy in a particular way, and that way is independent of all political concerns,” Powell said. “We do our work in a strictly nonpolitical way, based on detailed analysis, which we put on the record transparently.”

He added, “No one in the administration has said anything to me that really gives me concern on this front.”

The reaction to Mr. Trump’s remarks in the financial markets was muted. The U.S. dollar fell to 112.46 yen from 112.84 yen earlier, and yields on Treasurys dipped slightly.

After Mr. Trump’s interview with CNBC was made public, Lindsay Walters, a White House spokeswoman, said the president “respects the independence of the Fed.”

“The president’s views on interest rates are well-known, and his comments today are a reiteration of those long held positions, and public comments,” Walters said.

Speaking about Fed policy in his interview with CNBC, Mr. Trump said he is “letting them do what they feel is best.”

But his comments raised alarms, including with some former Fed officials who saw in his remarks a possible effort to apply public pressure on the central bank.

“I am not pleased,” said Carl Tannenbaum, a former Chicago Fed official and chief economist at Northern Trust. “The remarks certainly aren’t an immediate threat to Fed independence, but they break with the tradition of respectful distance.”

Randall Kroszner, a former Fed governor, said the central bank has withstood political pressure before and will continue to do so under Powell’s leadership.

“The Fed has often faced political pressures, from Congress, presidents, Treasury secretaries and innumerable outside groups,” said Kroszner, an economics professor at the University of Chicago. “My experience at the Fed is consistent with what Jay Powell recently said — being non-political is deep in the Fed’s DNA — and I believe that Jay will keep it that way.”

During the 2016 presidential campaign, Mr. Trump was highly critical of the Fed and accused its policymakers of keeping rates at ultra-low levels to favor Democrats. But he also told CNBC during the campaign that he is a “low interest-rate-person.”

Past efforts to apply political pressure on the Fed have sometimes hurt the economy. President Richard Nixon encouraged Arthur Burns, the Fed chairman at the time, to help boost economic growth ahead of Nixon’s 1972 landslide re-election. That episode ultimately triggered runaway inflation that took a decade to tame and required raising the Fed’s policy rate above 15 percent, more than eight times the rate’s current average.

George H.W. Bush’s administration complained that he felt the Fed’s failure to cut rates more quickly in 1992 contributed to his re-election defeat that year.

When Robert Rubin led President Bill Clinton’s National Economic Council, he adopted a rule of never commenting on the Fed’s actions, a policy that was subsequently followed by the George W. Bush and Obama administrations.