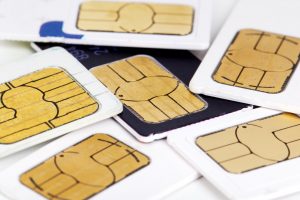 Yuval Morgenstern, ‎of the Leshem community in western Shomron, has filed a lawsuit against the Hot Mobile ‎telecommunications company, a subsidiary of Hot, ‎Israel’s largest cable company, for refusing to ‎deliver a SIM card to his home. ‎According to a report in Yisrael Hayom, Morgenstern is suing under a recent anti-discrimination law that bars businesses ‎from denying service to customers based on their ‎place of residence.

The law, an amendment to Israel’s Consumer ‎Protection Law, came into effect in May and aims to cover a legal ‎loophole that allowed businesses to ‎deny service to clients living in Yehudah and Shomron. ‎

In his lawsuit, Morgenstern said he had signed up ‎for Hot Mobile services as part of a special offer ‎to new customers, and said that “throughout the ‎entire process of signing up for this offer I was ‎never told of any limitation over a customer’s ‎place of residence, nor was there any indication ‎that the company cannot send SIM cards to certain ‎areas.”‎

Morgenstern said that four days after signing up ‎for the offer, he found out that the delivery ‎service contracted by Hot Mobile does not deliver to ‎Leshem. ‎

He said the delivery service’s call center suggested that he ‎pick up the SIM card from the nearby city of Ariel, ‎and when he responded that this constituted ‎discrimination based on a place of residence, he ‎was told that “discrimination can only be ‎based on race, religion or gender.”‎

Morgenstern thereby ‎canceled the deal and filed a damages ‎claim against Hot Mobile for NIS 20,000 ($5,500). ‎

His action was supported by Jewish Home MK ‎Shuli Mualem-Rafaeli, who sponsored the amendment to the law.

“Israelis living in Yehudah and Shomron who were ‎denied service by any business – after the law came into effect – over their ‎place of residence can, and should, sue these ‎businesses,” Mualem-Rafaeli said.

Hot Mobile issued a statement saying, “Hot Mobile follows ‎the letter of the law and provides service to ‎customers nationwide. We have yet to receive the ‎lawsuit in question.”