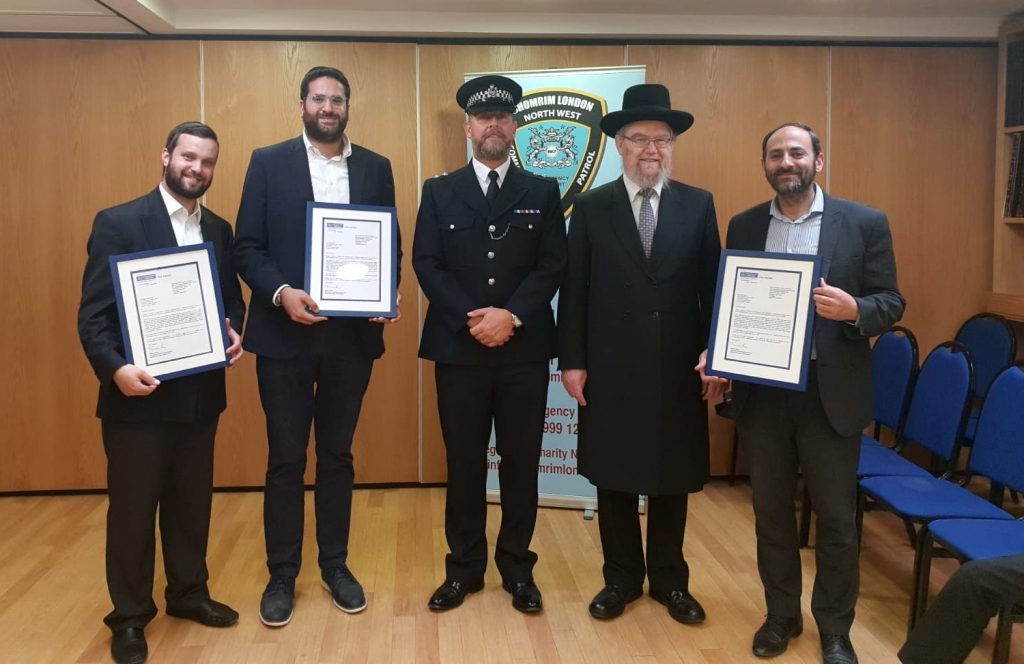 The volunteers had chased the suspects, who were subsequently arrested by police for robbery, and were found to be in possession of knives.

The framed letters were presented by Inspector Jason Moseley of Barnet Police, in the presence of Shomrim NW London’s Rav, Harav S. Winegarten.