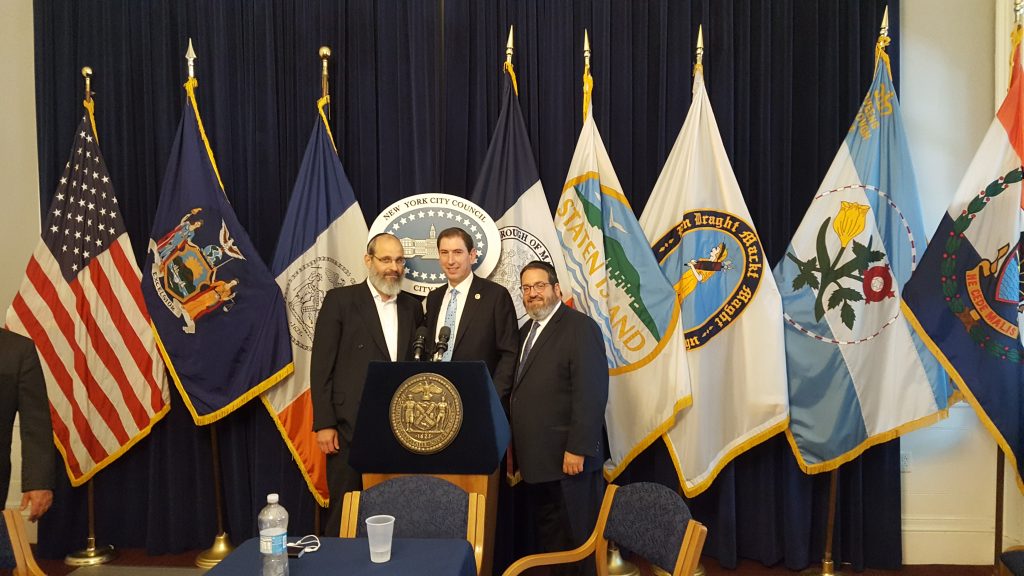 A group of Jewish and Muslim funeral groups got a chance Thursday to express their concerns over the upcoming transformation of the system that registers New York City birth and death certificates to those charged with overseeing the changes.

The group of about 20 funeral directors, chevrah kaddishas and community activists were organized by Misaskim, whose director, Yanky Meyer, was present for the meeting. It was hosted by Councilman Chaim Deutsch at City Hall.

The discussion centered on the eVital system, which allows doctors and funeral homes to receive a death certificate through a facial recognition app. It is scheduled to go into effect on Oct. 1, a year after its initial launch ended in failure.

Participants implored the Department of Health officials present to postpone the implementation until more doctors join eVital and until kinks can be ironed out.