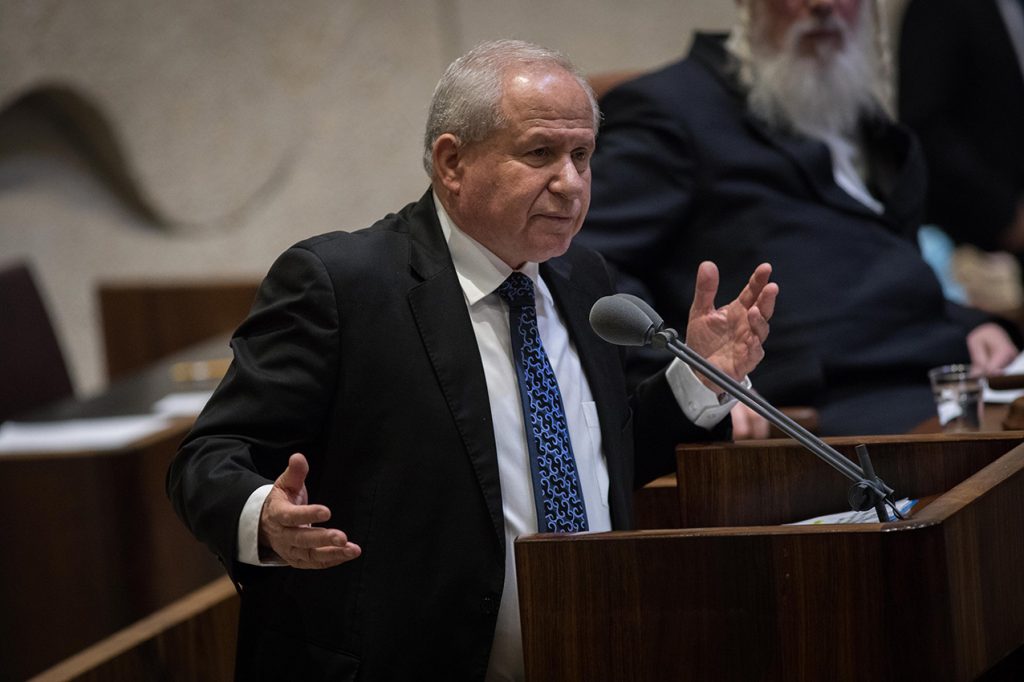 The law passed after a stormy debate full of theatrics that stretched more than eight hours. Some Arab MKs shouted and ripped up papers after the vote.

The law’s sponsor, Knesset Foreign Affairs and Defense Committee chairman Avi Dichter, turned to Arab MKs in the final address before voting and told them: “We were here before you, and we will be here after you.” But he said their rights as minorities would not be harmed by the law.

Applauding the vote, Prime Minister Binyamin Netanyahu described the law as “a defining moment in […] the history of the State of Israel.”

The head of the special committee that legislated the bill, MK Amir Ohana (Likud), told the Knesset that this may be the most important legislation in the history of the state. He said the bill had been discussed more than any of the basic laws that have been passed before.

Largely symbolic, the law stipulates that “Israel is the historic homeland of the Jewish people and they have an exclusive right to national self-determination in it.”

The bill also strips Arabic of its designation as an official language alongside Hebrew, downgrading it to a “special status” that enables its continued use within Israeli institutions.

Early drafts of the legislation went further in what left-wing critics saw as discrimination towards Israel’s Arabic population.

The Jewish State is a Basic Law that declares Israel is the nation-state of the Jewish people. It anchors in law the state’s menorah emblem, Yerushalayim as Israel’s capital, national holidays and the right of all Israeli residents to preserve their heritage without consideration of religion and nationality.

The two most controversial clauses in the bill were changed.

A clause that could have permitted one religious group to bar another from living in their community was replaced with one saying that “the state views the development of Jewish settlement as a national value and will act to encourage and promote its establishment.”

Even after the changes, critics said the new law will deepen a sense of alienation within the Arab minority.

Netanyahu defended the law: “We will keep ensuring civil rights in Israel’s democracy but the majority also has rights and the majority decides,” he said last week.

“An absolute majority wants to ensure our state’s Jewish character for generations to come.”