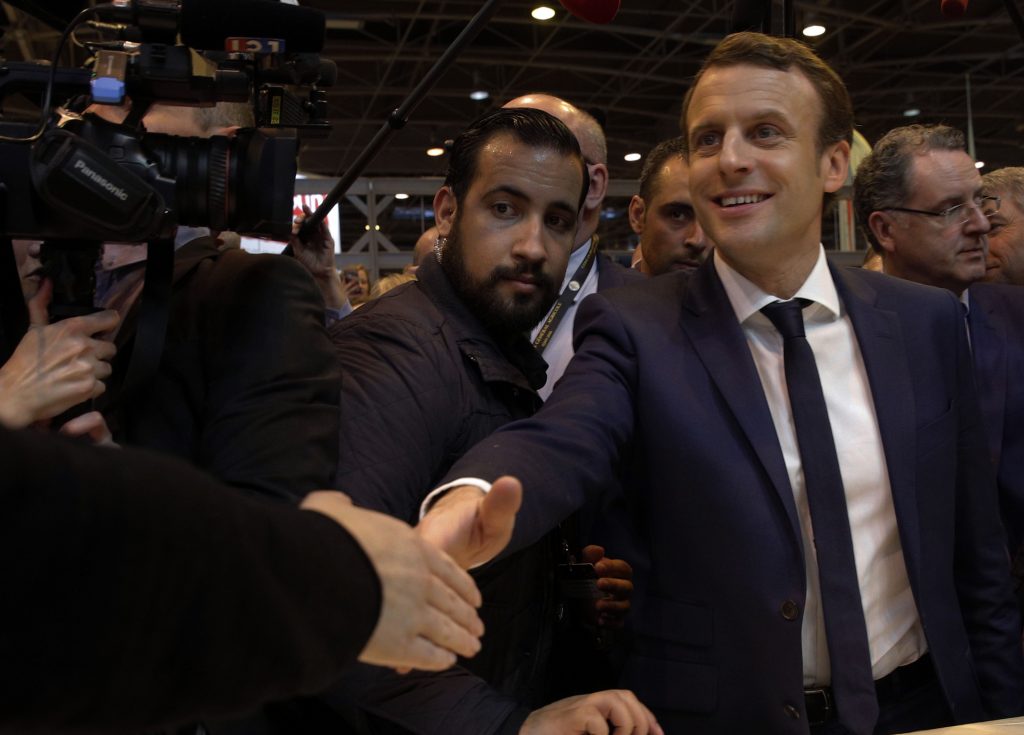 An aide to Emmanuel Macron was put on two-week leave after he was seen hitting a street protester in demonstrations in Paris in May, the French president’s spokesman said on Thursday, a decision deemed too soft by opposition leaders.

Labour unions hold demonstrations every year on May Day in France, which often lead to police intervention.

A video, shared on social media, showed a man wearing a police helmet hitting a demonstrator with other policemen. He was later recognized as a member of the French presidency staff.

“The collaborator, Alexandre Benalla, had been given permission to witness the demonstrations only as an observer,” Bruno Roger-Petit said in a filmed statement.

“Clearly, he went beyond this … he was immediately summoned by the president’s chief of staff and given a 15-day suspension. This comes as a punishment for unacceptable behavior,” he said.

A judiciary source told Reuters the Paris prosecutor had launched an investigation into the matter on Thursday after being made aware of the incident.

Several opposition leaders voiced criticism over Benalla’s punishment, arguing it was too lenient.

“This video is shocking. Today, we have the feeling that in Macron’s entourage, one is above the law. It is obvious that Macron has to speak up about this,” Laurent Wauquiez, president of conservative opposition party Les Republicains, told Europe 1 radio.