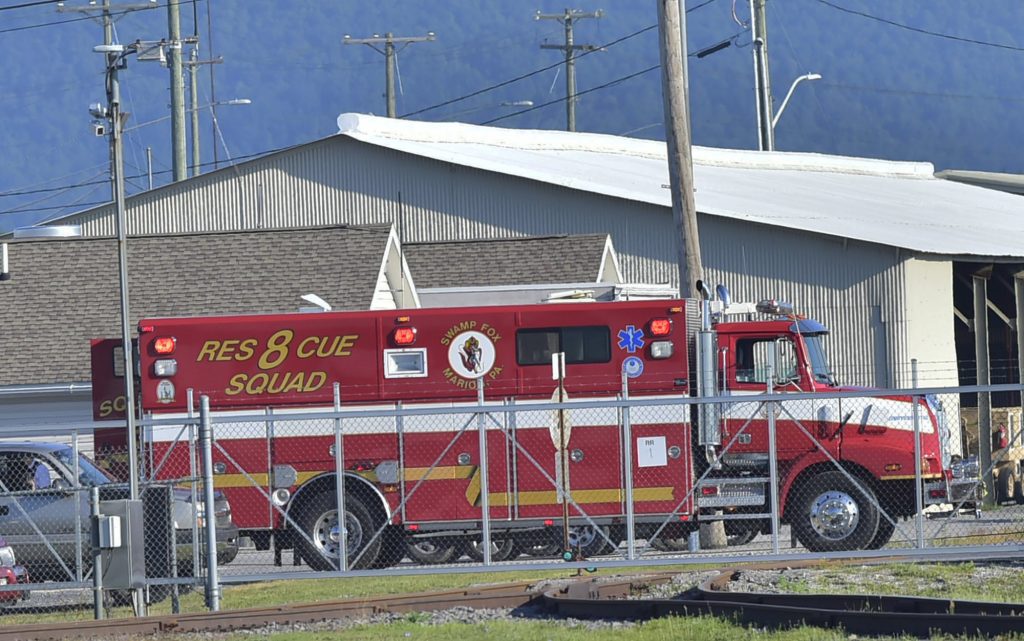 A small explosion Thursday in a vehicle shop at an Army depot injured four workers, three of them seriously, officials said.

Army Depot officials quickly posted on social media that the incident was contained, that operations elsewhere on the base would not be affected and that there was no suspicion of terrorist activity.

Ledbetter said three victims were flown to Baltimore-area hospitals with what he described as serious injuries. Their conditions were not immediately known.

The fourth victim was treated at a local hospital and released. A hospital spokeswoman said the person had minor injuries, but no burns.

Ledbetter said the explosion occurred in the painting area of a vehicle shop where more than 300 people work. He said the building does not hold any munitions.

Both the Army and the Occupational Safety and Health Administration will investigate, he said.