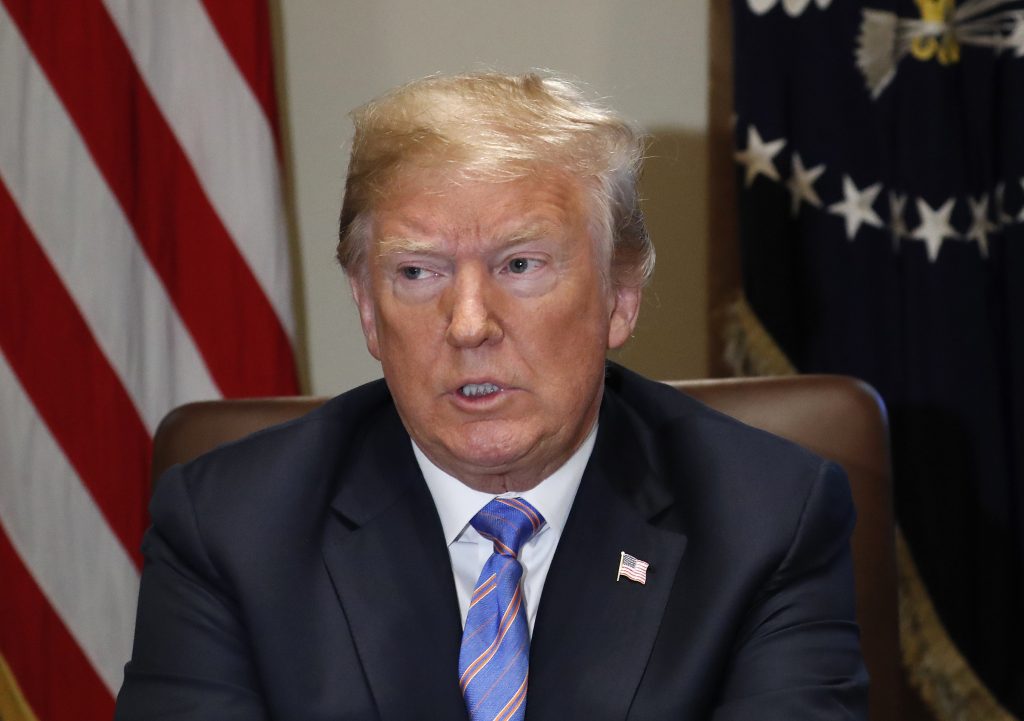 President Donald Trump, who rattled U.S. allies at a NATO meeting last week, voiced concern in an interview broadcast Tuesday night that sending troops from the alliance to defend an “aggressive” Montenegro could result in World War III.

President Trump was asked about Montenegro, which joined NATO last year and has a population smaller than that of the District of Columbia, during a Fox News interview with host Tucker Carlson.

Carlson pressed Trump on the purpose of the alliance, which was created in 1949 to protect the United States, Canada and a host of Western European nations from Soviet incursion. The organization calls for member nations to come to the aid of any ally that is attacked.

“Why should my son go to Montenegro to defend it from attack?” Carlson asked in the interview, which was recorded Monday after President Trump’s summit with Russian President Vladimir Putin in Helsinki.

“I understand what you’re saying, I’ve asked the same question,” Trump responded. “You know, Montenegro is a tiny country with very strong people. . . . They are very aggressive people, they may get aggressive, and congratulations, you’re in World War III. But that’s the way it was set up. Don’t forget, I just got here a little more than a year-and-a-half ago.”

Article 5 – the provision that calls for NATO members to come to the aid of allies under attack – has been invoked only once, in the aftermath of the Sept. 11, 2001, terrorist attacks on the United States. It does not apply in cases in which a NATO member is the aggressor.

Trump’s comments came after a NATO meeting in Brussels last week in which he upbraided allies for not living up to an agreement on how much they should pay for defense. The president also criticized Germany for a natural gas pipeline deal with Russia, saying it made the country “captive” to Russia.

On Wednesday, Trump tweeted that the meeting was “an acknowledged triumph,” taking credit for members pledging to meet their commitments.

In 2016, the chief prosecutor in Montenegro accused Russian nationalists of backing an alleged coup attempt that included plans to assassinate the nation’s pro-West prime minister over his government’s attempt to join NATO. Russia denied involvement.

Since joining the alliance, Montenegro has sent troops to a NATO-led mission in Afghanistan.

On Wednesday, Sen. John McCain, R-Ariz., took to Twitter to rebuke Trump for his comments, noting that the Senate had supported Montenegro’s accession to NATO by a vote of 97 to 2.

“By attacking Montenegro & questioning our obligations under NATO, the President is playing right into Putin’s hands,” McCain wrote.

“Trump’s comments weaken NATO, give Russia a license to cause trouble and thereby actually increase the risks of renewed conflict in the Balkans,” Clark tweeted.

NATO issued a statement in response to President Trump’s comments, noting past comments in support of Article 5.

“Our collective defense clause, Article Five, is unconditional and iron-clad,” the statement said. “It means that an attack on one is an attack on all. President Trump has made clear that the U.S. is fully committed to NATO and our Alliance is stronger than ever.”

Trump and Montenegro have a bit of a history: The U.S. president appeared to shove Montenegrin Prime Minister Dusko Markovic aside at a NATO summit last year, the first at which Montenegro was represented.