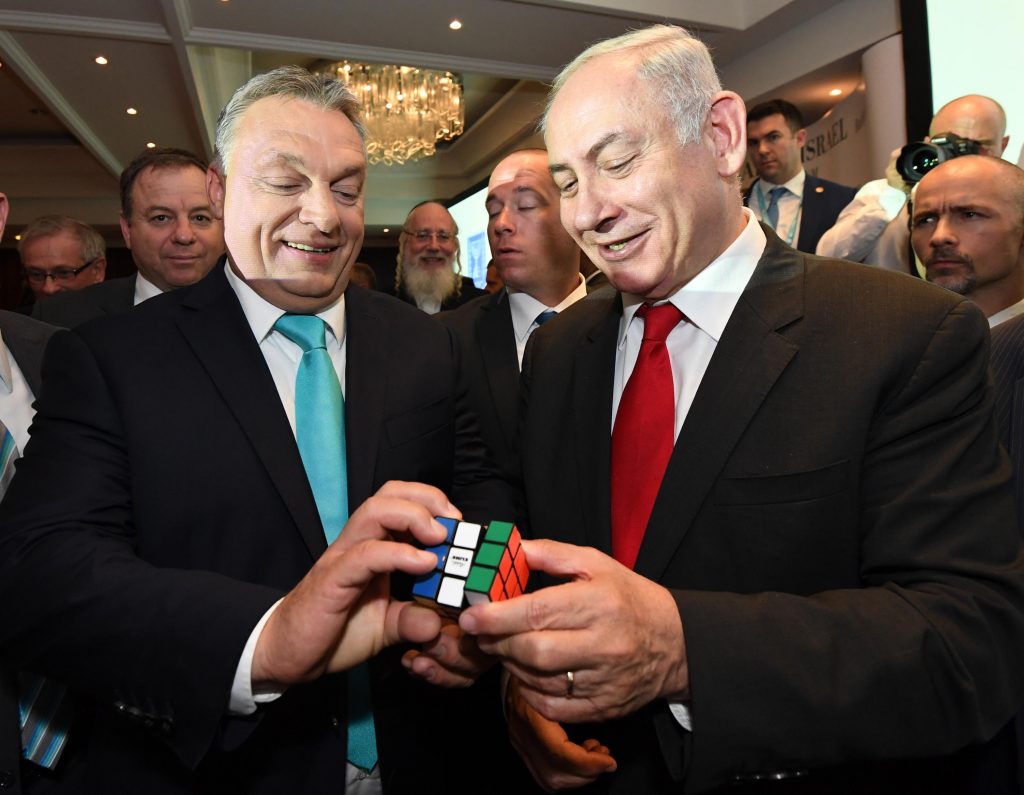 Hungarian Prime Minister Viktor Orban arrived in Israel on Wednesday evening, amid criticism of his record as a right-wing politician who has exploited anti-Semitism in his country.

Orban is being welcomed by Israeli Prime Minister Binyamin Netanyahu as a strong ally in Europe, where he has helped thwart anti-Israel resolutions in the E.U.

Mr. Netanyahu hopes to persuade Orbán to move the Hungarian embassy to Yerushalayim, or failing that, to follow the example of the Czech Republic, establishing a cultural and business center in the capital, according to Ynet.

During his three-day visit, his first time in Israel, Orban will meet with Mr. Netanyahu and President Reuven Rivlin.

Besides the obligatory tour of Yad Vashem for foreign dignitaries, Orban is also scheduled to visit the Kosel and meet with Ashkenazi Chief Rabbi David Lau, perhaps intended to deflect accusations of anti-Semitism.

The Israeli Foreign Ministry noted in a statement on the Orban visit that he has “pledged to defend Hungary’s Jewish community and has expressed regret over Hungary’s actions during the Holocaust.”

“The Prime Minister of Hungary will tour the Holocaust History Museum and will receive a comprehensive lecture on the Holocaust from Hungarian Holocaust scholar Dr. Robert Rozett.”

Opposition MKs weren’t deferring to the Foreign Ministry’s sagacity as to whom to invite to the country as an honored guest.

Yesh Atid leader Yair Lapid denounced the visit in a tweet: “After he desecrated the memories of Holocaust victims with his agreement with Poland, today Netanyahu will honor Hungarian Prime Minister Orban, who has praised the anti-Semitic leader who collaborated with the Nazis in the annihilation of Hungarian Jewry. Shame!”

A year ago, Orban outraged the Jewish world by lauding Hungary’s wartime leader and Nazi ally Miklos Horthy as an “exceptional statesman.” Horthy enacted anti-Jewish laws and over half a million Jews were sent to Auschwitz while he was in power.

Meretz party leader Tamar Zandberg tweeted (in Hungarian): “Those who praise leaders who collaborated with the Nazis, who persecute human rights groups and the opposition in their country, are not welcome here.”