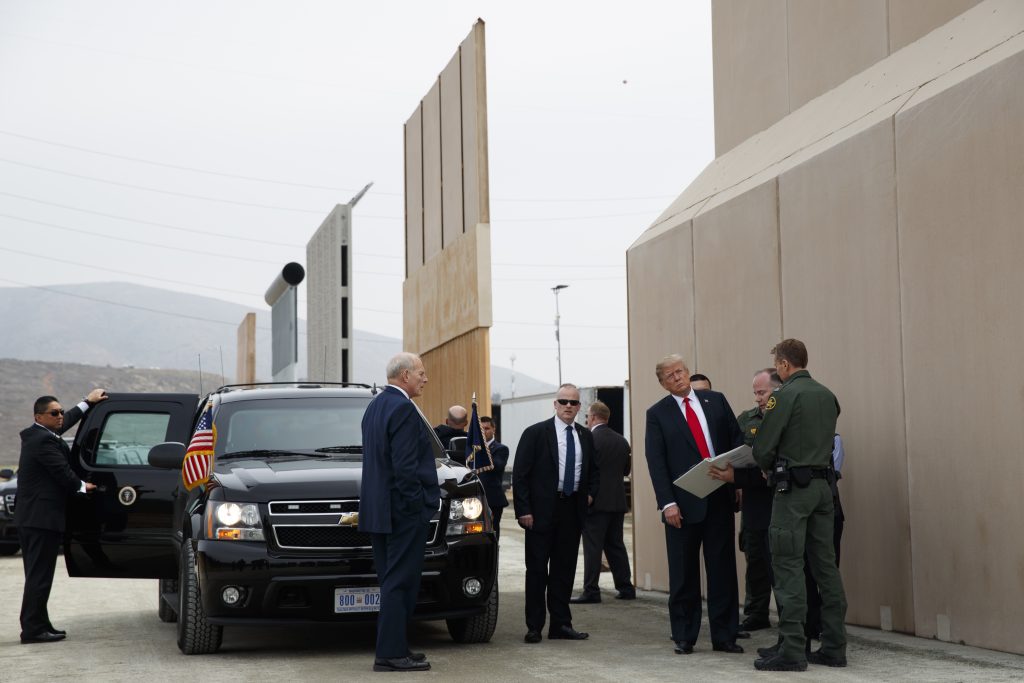 A House spending bill would provide $5 billion next year for building President Donald Trump’s proposed border wall with Mexico. That’s well above the $1.6 billion the Senate version of the measure provides, suggesting that a budget battle lies ahead.

President Trump’s budget requested $1.6 billion for 2019 for the wall. A Republican congressional aide says that in conversations, the president has since asked GOP lawmakers to provide $5 billion.

Democrats have enough votes in the GOP-run Senate to filibuster any spending they oppose. Without naming a figure, Trump said in April that he would “have no choice” but to force a government shutdown this fall if he doesn’t get the border security money he wants.

The money is part of the House appropriations bill financing the Homeland Security Department.