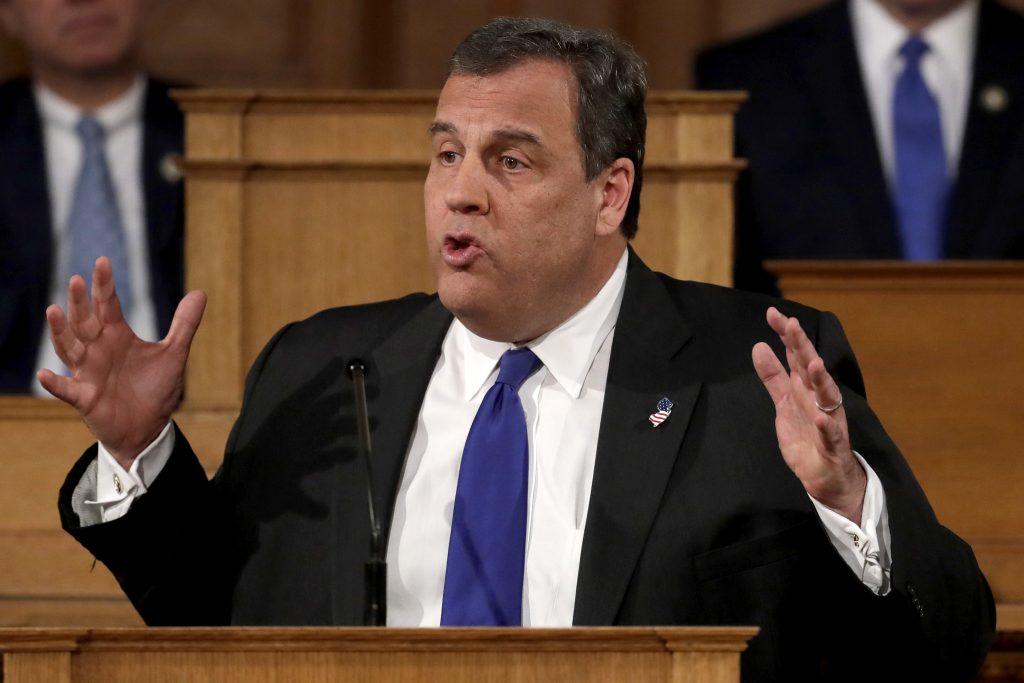 Chris Christie has a book coming out next year and he doesn’t plan on holding back.

Hachette Books confirmed to The Associated Press on Wednesday that the former New Jersey governor’s “Let Me Finish” is scheduled for January 29.

According to a statement from Hachette, Christie plans to “set the record straight” on his time as a key Trump campaign supporter in 2016 and being “unceremoniously booted” from the transition team after President Trump’s upset victory. He will offer “revealing candid and surprising insights into the public and private Trump, drawn from fifteen years of close friendship,” the statement continued. He will provide “frank appraisals” of such fellow Trump insiders as Steve Bannon, Corey Lewandowski and Jared Kushner.

Christie also promises the “full story” on the Bridgegate scandal that upended his time as governor and badly damaged his reputation after he had been re-elected in a landslide in 2013. A lane-closure scheme at the George Washington Bridge orchestrated by Christie aides, allegedly to punish a Democratic New Jersey mayor for not backing Christie, became national news at the end of 2013 and a defining part of Christie’s legacy. Christie wasn’t charged and continues to deny any knowledge, but a former aide pleaded guilty and two were convicted. New Jersey governors are limited to two consecutive terms, and Christie left office in January.

“I’ve had a wild ride up till now — there’s no denying that,” Christie, now a commentator for ABC News, said in a statement. “But I have so much more to do for our country and so much more to say. ‘Let Me Finish’ is my first chance to begin to put it all out there.”

Christie was first elected New Jersey governor in 2009, and his brash style and ability to win in a Democratic state quickly made him a national star for the Republican Party. He was among a crowded field of GOP contenders for president in 2016 and helped Trump in two crucial ways — humiliating Marco Rubio in a February 2016 debate that halted the Florida senator’s momentum, then dropping out and endorsing Trump, becoming one of the first so-called “establishment” Republicans to back the real-estate baron and celebrity.

President Trump had considered Christie as a running mate before choosing Mike Pence, then governor of Indiana, and Christie had expected to lead the incoming president’s transition team. Christie has said his reservations about giving the national security adviser job to Michael Flynn, who has since been fired and pleaded guilty to lying to the FBI, was a factor in his removal.

“Packed with news-making revelations and told with an entertaining bluntness that few politicians can match, “Let Me Finish’ will be an essential lesson in Trump-era realpolitik,” Hachette announced.