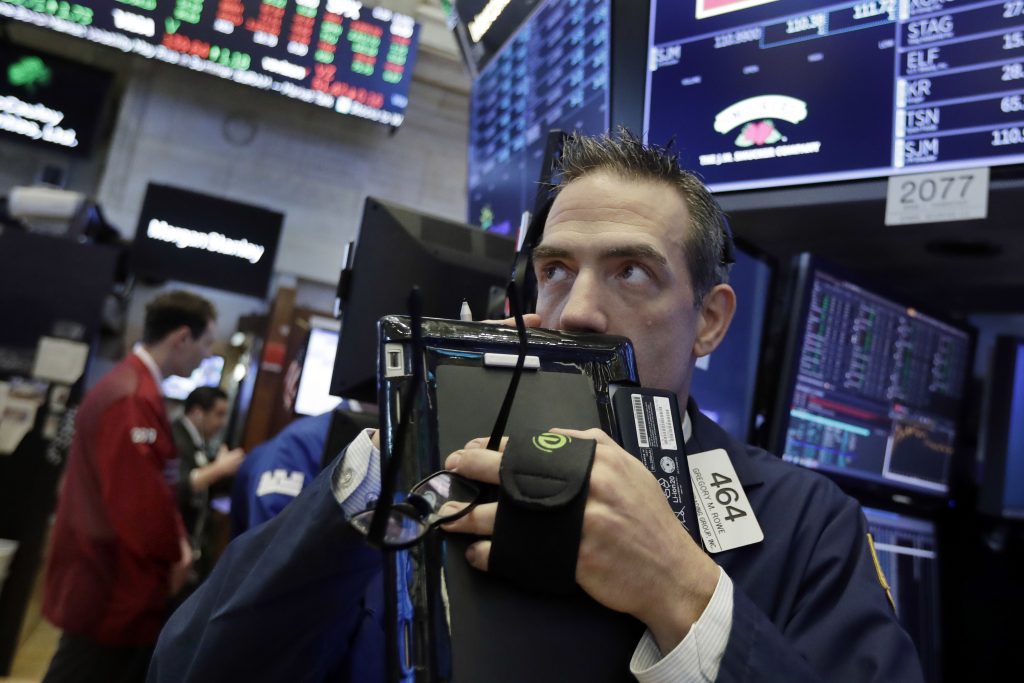 U.S. stocks are edging higher Wednesday as financial and industrial companies including railroads and airlines climb after a round of strong second-quarter reports. United Continental and Berkshire Hathaway are making their biggest gains in years. Household goods makers are returning a chunk of their recent gains and technology companies are lagging behind the rest of the market.

GET MOVING: Transportation companies made powerful gains. United Continental surpassed Wall Street projections and said strong demand is resulting in higher prices as the summer travel season sets in. Its stock surged 9.1 percent to $79.22 and is on pace for its biggest gain in four years. Delta jumped 4.4 percent to $53.40 and American rose 4.5 percent to $39.06.

Railroad operator CSX said its profit climbed 72 percent in its latest quarter as it kept cutting costs and improving its operations. The results were stronger than analysts expected and the stock rose 6.3 percent to $68.47. Other railroads also climbed, with Union Pacific gaining 2.5 percent to $141.71.

Maintenance supply company W.W. Grainger made the biggest gain on the S&P 500 after it blew past analysts’ estimates in the latest quarter. The company posted strong growth in the U.S. with more business with both large and medium size customers and it raised its forecasts for the year. The stock jumped 10.9 percent to $338.12.

BERKSHIRE BOUNCE: Warren Buffett’s Berkshire Hathaway conglomerate is on track for its biggest gain in almost seven years after it relaxed its rules on repurchasing stock. The company had $108 billion in cash and short-term investments as of March and investors hoped Berkshire would give some of that money back to shareholders by buying stock from them.

RECALCULATING: Texas Instruments fell 1.1 percent to $114.53 as CEO Brian Crutcher resigned after less than two months on the job. The chipmaker said Crutcher stepped down after the board determined he violated the company’s code of conduct, but didn’t explain what Crutcher did beyond saying the problem wasn’t related to its operations or finances.

Company Chairman Rich Templeton was named CEO again. After 14 years in that job, he turned that role over to Crutcher June 1.

Shares of Alphabet, Google’s parent company, lagged the market along with other tech stocks. It was little changed at $1,213.44.

ENERGY: Benchmark U.S. crude recovered from an early loss and rose 0.4 percent to $68.33 a barrel in New York. Brent crude, used to price international oils, gained 0.3 percent to $72.37 a barrel in London. U.S. crude has tumbled 8 percent in July but is still up almost 40 percent over the last 12 months.

BONDS: Bond prices were little changed. The yield on the 10-year Treasury note remained at 2.86 percent.