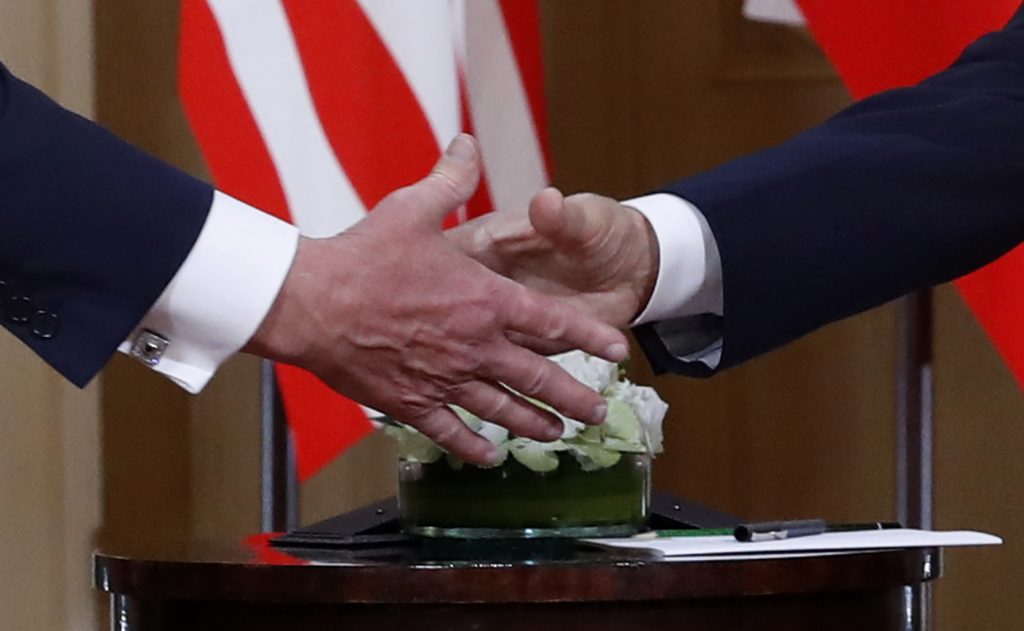 For Vladimir Putin, holding a summit with Donald Trump was a victory in itself.

While the U.S. leader went home to widespread criticism after their Monday meeting, the Russian president came home to universal praise in Moscow — even though there were no major breakthroughs.

Yet most Russians aren’t saying Putin vanquished Trump. Instead they’re sympathizing with the U.S. president, portraying Trump as a victim of irrational domestic critics and aggressive journalists, because they are pinning hopes on him for improving relations over the long haul.

With U.S.-Russia tensions exceptionally high, the Kremlin set low expectations for the summit.

“Nobody in Moscow who is realistic had any illusions that this one meeting can produce any breakthroughs,” said Alexander Gabuev of the Carnegie Moscow Center. “The hope was at least we can start talking to each other.”

And in that, Putin got what he went for. Gabuev said Putin ably won over his domestic audiences, notably by pushing back at accusations of Russian election meddling with his own accusations against the U.S.

Russian officialdom “will be super-cautious in order not to damage Donald Trump any more than he did himself,” Gabuev said.

Instead of being portrayed as a duel on the world stage, the summit was viewed in Russia as a meeting of two powerful men who discussed global problems and then had to face down a crowd of pesky journalists.

“Those who opposed the meeting will try to devalue the agreements made,” said Vladimir Olenchenko of Russia’s Institute of Global Economics and International Relations. “We hope that Trump will have enough political will and patience to overcome the resistance and continue dialogue with Russia.”

Putin sought to emphasize areas where Moscow and Washington could find some common ground, such as the Syrian crisis.

“What makes you think that President Trump trusts me and I fully trust him?” Putin said. “He defends the interests of the United States, and I defend the interests of the Russian Federation. We are looking for ways how to narrow our differences and make our work constructive.”

Observers in Moscow remain cautious about what all this means for the long term.

But the Kremlin didn’t expect one meeting to bring an end to Western sanctions and a pullback of NATO forces deployed near Russia’s borders. Putin is hoping the summit took a first step toward normalizing relations — and most importantly, persuading the U.S. to recognize Russia as a global player whose interests must be taken into account.

The main result of the summit “is that it happened, despite the collapse that Russian-American relations are in,” Valery Garbuzov, head of the USA and Canada Institute in Moscow, told Komsomoskaya Pravda newspaper. “You can say it’s not much, but neither Putin nor Trump could do more.”