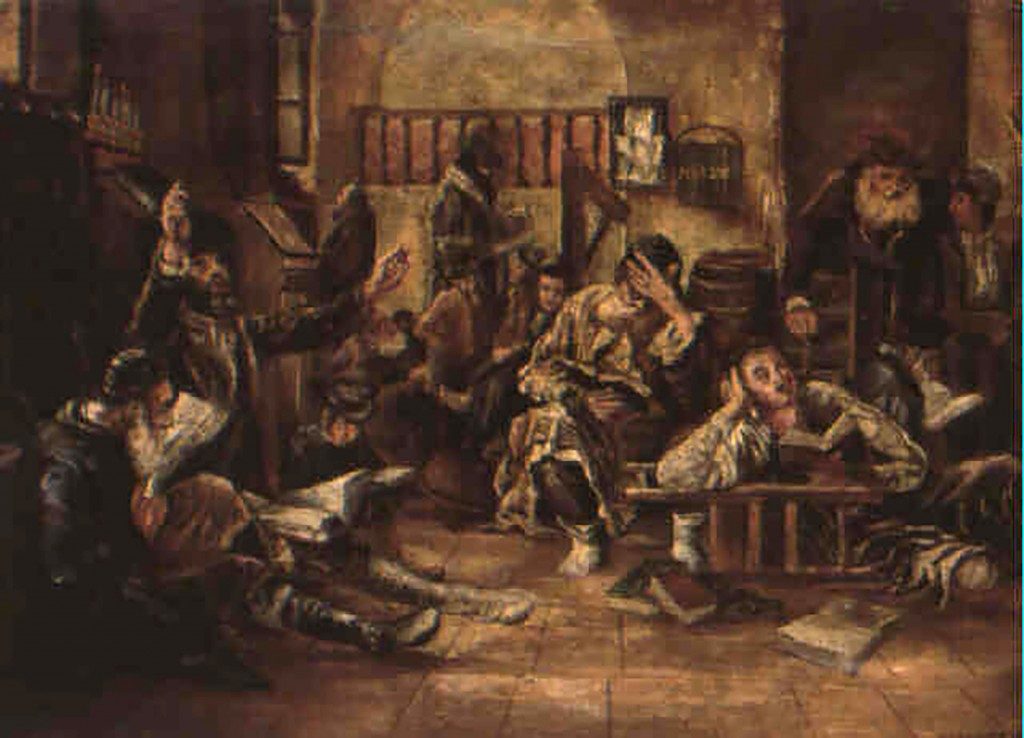 Like so many other Jewish villagers in pre-World War I Galicia, Yisrael was a simple but pious Yid. He worked long hours and barely made ends meet as a cobbler, but at the very top of his list of priorities was to faithfully put away a sizable part of his earnings to pay the melamed who taught his three sons. Among the first to arrive each morning in the little shtiebel where he davened, he used every extra moment to recite pirkei Tehillim and learn some Mishnayos. His wife Shaindel spent her days tending to her children, while simultaneously taking care of her own frail parents who lived next door, as well as her husband’s elderly grandfather, who lived with them.

With the outbreak of what was then known as the “Great War,” the family was forced to flee the village in which they had lived for decades. When he returned, Yisrael found that not only was his little hovel destroyed, but that life as he knew it would be changed forever.

After being drafted in the Austrian army, his oldest son, Duvid, contracted tuberculosis. He survived the war but never fully recovered and was niftar, childless, a year later, during the lifetime of his father. His second son, Shmiel, was determined to escape the poverty of post-war Europe, and, with his parents’ reluctant approval, made his way across the sea to the “goldeneh medinah,” a massive melting pot also known as the United States of America. In his regular letters back home, Shmiel, who now called himself Sammy, made certain to hide from his parents the fact that he no longer was keeping Shabbos or kashrus; nor was he putting on tefillin. But their daughter, Golda — who had become an ardent Zionist — made no such effort when she embraced a secular lifestyle and shattered her parent’s already broken hearts in the process. When she left for what was then known as Palestine, she didn’t even bid her family farewell.

It was only their beloved Chaimk’e who gave them true nachas and was their solace as well as their pride and joy. The first in his family for generations to continue full-time Torah studies even after his bar mitzvah, he learned in a yeshivah for several years before opening up a small shop in his village. It took him a while, but eventually he married Baila, a first cousin eight years his junior, and they established a Torah home. Five adorable children were born over the coming years, much to the delight of their doting grandparents.

Then the unfathomable occurred with the outbreak of World War II and the Nazi invasion of Poland. Yisrael sent desperate letters to his son Sammy in New York, pleading with him to obtain visas for the family still in Europe. He even tried to locate his long-estranged daughter in Palestine, hoping that she could help with papers to get them out as well. Sammy made an effort to help, but the American government turned him down. As for Golda, she had changed both her given name and her surname and proved to be untraceable.

Very reluctantly, Chaim’ke gave his youngest child, a precocious little girl named Miriam, to a gentile family for safekeeping until after the war. Hinda, their oldest daughter and second child, fled with her maternal grandparents deep into the Soviet Union. The grandfather was arrested by the Communist authorities and sent to the gulags in Siberia, and the grandmother was niftar shortly thereafter from malnutrition. As for Hinda, she disappeared somewhere in Uzbekistan.

Chaim’ke and his wife Baila and two of their younger children were killed, along with his parents, Yisrael and Shaindel, when the Nazis massacred all the Jews of their village. Only their oldest, a scrawny bachur named Yankel who was away in yeshivah when the war started, miraculously survived the death camps and eventually made his way back to Galicia to look for any survivors of his family.

The last letter from his father had alluded to placing his baby sister in hiding, but all the villagers firmly denied any knowledge of little Miriam. Of Hinda he could find no trace, and so, his heart rent asunder, he made his way to America.

For the next seven decades, Yankel’s thoughts invariably wandered to the fate of his extended family. His uncle Sammy had tried to be helpful to him when he first arrived. Only later, when Sammy invited him to the wedding of his only child, Henry, did Yankel fully realize how his uncle had strayed.

Sammy seemed quite uncomfortable but resigned when he spoke to Yankel about it. “What can I do? The bride’s family is Catholic, and they insist that it take place in a church…”

After considerable effort, he managed to track down his Aunt Golda, who had chosen not to marry. But the latter refused to have anything to do with her religious nephew, and she died alone in Tel Aviv.

He thought about baby sister Miriam. Did she survive? Did she marry a Pole and have children who don’t even know they are Jews?

For years, he was certain that his sister Hinda had died during the war, until he heard a horrifying story of a Jewish survivor who had married an Uzbek and raised a Muslim family, compounding his nightmare.

Each year as he recited Kinos on Tishah B’Av, he would weep anew over Churban Europa — and the churban of his own family. He weeps over the victims, and weeps even more so over the survivors….

The individuals in this tale are composite characters, based on the real stories of many families. In a great many cases, entire families were decimated by the Nazis and/or intermarriage and assimilation. Over these we weep, and will not be consoled until the coming of Moshiach.