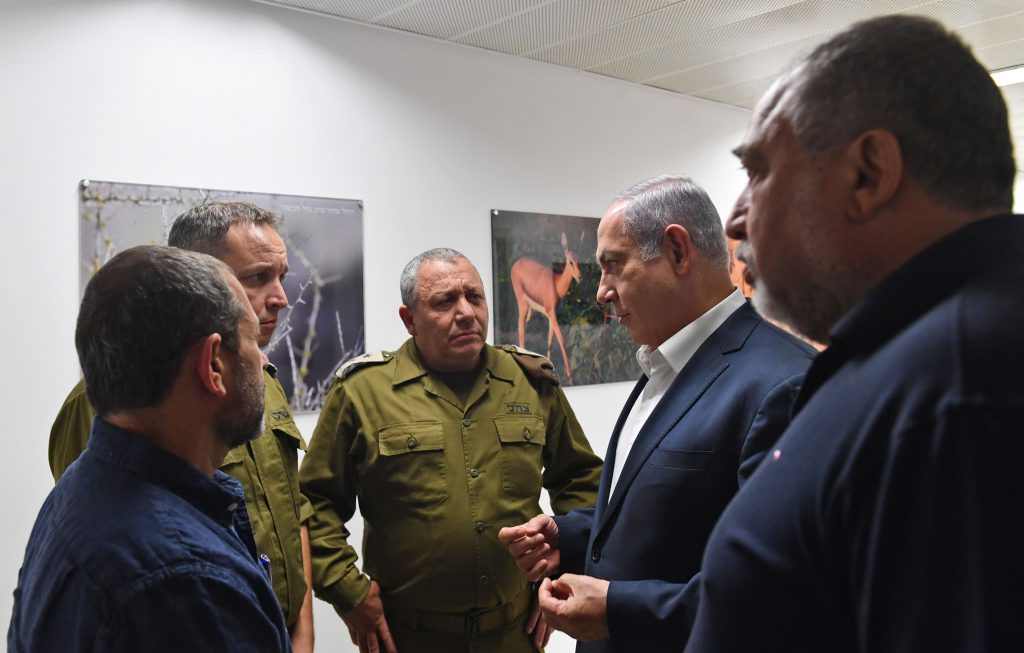 With the possibility of war with Hamas still threatening and the Syrian border area unstable, the Knesset on Tuesday rolled back a law passed earlier this year granting the prime minister and defense minister authority to declare war without full cabinet approval.

MKs voted 77 to 16 to rescind the measure after its final reading in the plenum.

“It is appropriate that a decision of the Ministerial Committee regarding starting a war or taking significant military action that may at a high level of certainty lead to war be adopted by as wide a panel as possible,” the amendment reads.

The measure had authorized the prime minister to act on his own if he also holds the Defense portfolio. Over the years, the two offices were held separately, but David Ben-Gurion, Yitzchak Rabin and Ehud Barak all served as their own defense ministers. PM Netanyahu has reportedly considered relieving current Defense Minister Avigdor Liberman of his duties and taking over himself.

The concentration of the war-making power in the hands of the prime minister was explained as needed to prevent leaks that could harm national security. But it came under severe criticism, and PM Netanyahu decided to rescind it, in collaboration with Justice Minister Ayelet Shaked.

Meanwhile, on Tuesday night the IDF brass was told to prepare for a large-scale military operation in the Gaza Strip, according to Channel 10.

It was not immediately clear whether this indicated a higher state of alert than before. The military has been holding drills around the country all week, including a much-publicized one for taking Gaza City if Hamas continues to violate the ceasefire.