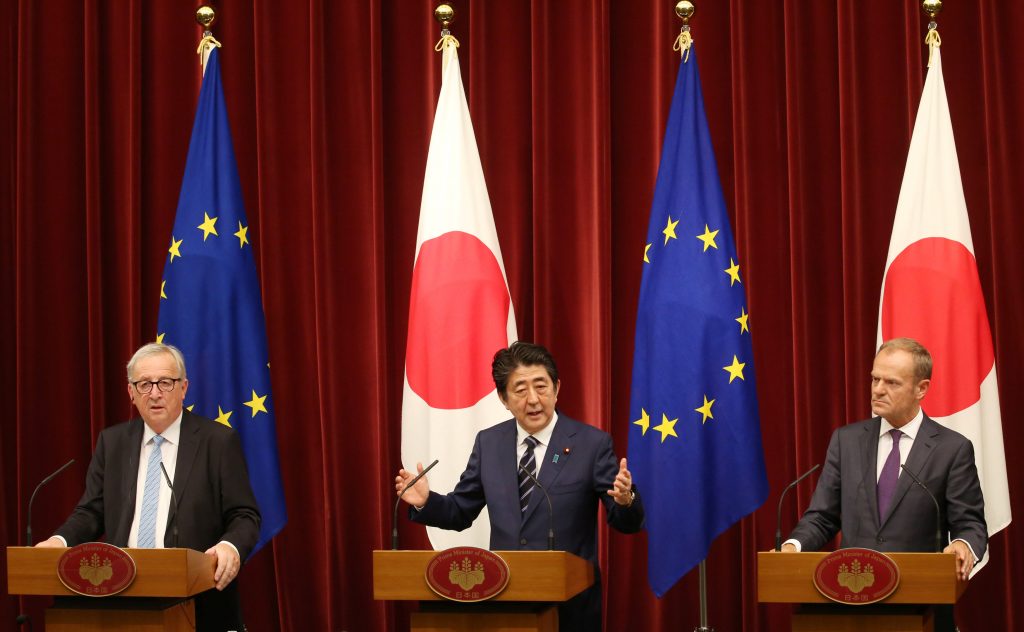 Japan and the European Union signed a wide-ranging free trade deal on Tuesday that both sides hope will act as a counterweight to the protectionist forces unleashed by President Donald Trump’s trade policies.

The ambitious trade pact, which creates the world’s largest open economic area, comes amid fears that a trade war between the United States and China will diminish the role of free trade in the global economic order.

Japan and the EU account for about a third of global GDP and their trade relationship has room to grow, according to EU officials who expect the deal to boost the EU economy by 0.8 percent and Japan’s by 0.3 percent over the long-term.